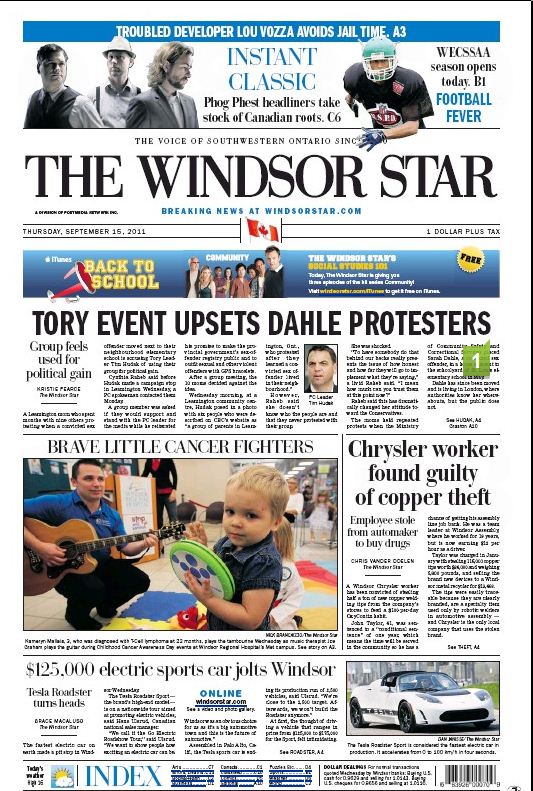 The Tea Party North apparatchiks were in high dudgeon, yesterday, that we had drawn attention to the fact that their law-and-order stunts were highly suspicious – particularly their fondness for GPS bracelets, when (a) the police had said the bracelets won’t work, at all, and (b) the producer of same was a big old Tory contributor, one even identified in their Changebook.  Their anger, I thought, was a bit odd.

Now we all know why.  Eventually, in politics, all things become clear.

“A Leamington mom who spent months with nine others protesting when a convicted sex offender moved next to their neighbourhood elementary school is accusing Tory Leader Tim Hudak of using their group for political gain.

Cynthia Raheb said before Hudak made a campaign stop in Leamington Wednesday, a PC spokesman contacted them Monday.

A group member was asked if they would support and stand with the PC leader for the media while he reiterated his promise to make the provincial government’s sex-offender registry public and to outfit sexual and other violent offenders with GPS bracelets.

After a group meeting, the 10 moms decided against the idea.

Wednesday morning, at a Leamington community centre, Hudak posed in a photo with six people who were described on CBC’s website as “a group of parents in Leamington, Ont., who protested after they learned a convicted sex offender lived in their neighbourhood.”

However, Raheb said she doesn’t know who the people are and that they never protested with their group.

“To have somebody do that behind our backs really presents the issue of how honest and how far they will go to implement what they’re saying,” a livid Raheb said. “I mean how much can you trust them at this point now?”

Raheb said this has dramatically changed her attitude toward the Conservatives.“