The Hudak PCs unveil their version of the “face ad”

Here’s the C.P. story that just moved on the wire:

AMHERSTBURG, Ont. – Progressive Conservative Leader Tim Hudak is defending a piece of campaign literature that the rival Liberals have branded as homophobic.

He says the flyers on the Liberals’ sex ed curriculum reflects Premier Dalton McGuinty’s “out of the mainstream” policy ideas.

Hudak says Grade 1 students should be taught the alphabet, not sex education, and it’s another example of how McGuinty has lost touch.

The Tory flyer urges parents to vote against the Liberals for “keeping parents in the dark” about what’s being taught in schools.

It says the sex ed curriculum teaches “cross dressing for six-year-olds” and suggests that teachers allow students to hold their own gay pride parade in their schools.

The literature quotes from a handbook provided to Toronto teachers that was obtained by The Canadian Press.

The slick PC pamphlet in question says, for example, that page 19 advocated “cross-dressing for six year-olds.” 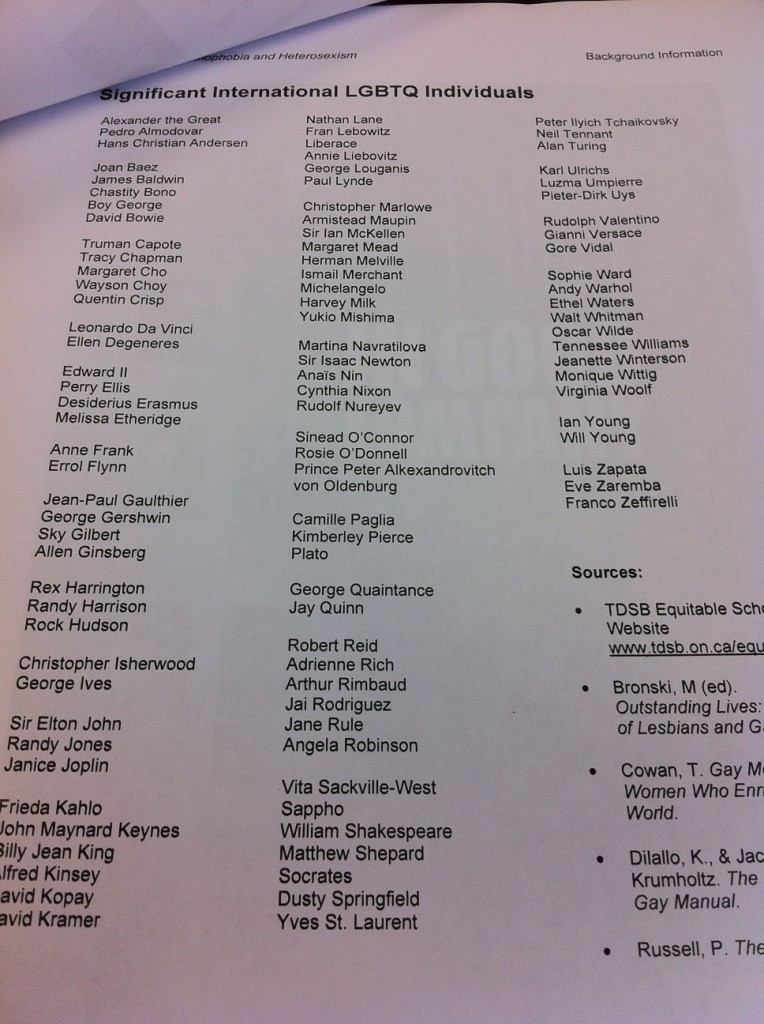 It’s a list of names of people whose words or histories were consulted for the study. Nothing about “cross-dressing for six year-olds” is on that page. Not a word.

The rest of the allegations in the pamphlet are similarly wrong.  Most of the things they allege come from the curriculum in 2002 – when Tim Hudak was a government minister.

What does it mean? Well, it means Hudak is prepared to lie, and to smear people who are different.

Why is he doing that?

Because, as with the Campbell Conservatives in 1993 (on whose campaign he toiled), he’s losing, and he’s getting desperate.  He hasn’t run ad yet that attacks people for their physical appearance.  But he still has three days, so who knows.