We won at the Court of Appeal! 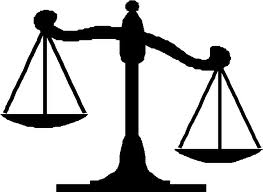 As some of you may recall, the CBC and I were in court in Ottawa in 2009 to fight a libel lawsuit by Ian Verner Macdonald and his lawyer, Douglas Christie.

We won that case, which was a very challenging case, on every count. Shortly afterwards, however, Macdonald and Christie filed an appeal.  A few days ago, that appeal was heard.

Without boring you with a lot of details, I can tell you that the Court of Appeal summarily dismissed the appeal.  In fact, the appellate judges didn’t even call on our very capable lawyers (Scott Hutchinson and Brennagh Smith)  to respond to Christe’s arguments.  If you know the law, you know what that means.  So, the Court of Appeal left the costs award of $180,000 untouched, and they ordered the additional costs in the Court of Appeal of $25,000.  That means the total now owing is $212,000 – and counting.

The panel was the Chief Justice, Justice Sharpe (who I am told is widely touted for the Supreme Court of Canada) and ACJ of the court, Justice Cunningham (who presided over the Larry O’Brien trial).  The short oral reasons of the court should be available soon.

Can the case, which started in 1996 or so, drag on any longer?  Sure.  Macdonald and Christie can seek leave to go to the Supreme Court of Canada – which is something only rarely granted, in fewer than 10 per cent of cases.  They have 60 days to file their leave materials.

In the meantime, forgive me for feeling good about this one.  It feels really, really good.

(Oh, and since we’re talking about the far right and the law, let me simply say that Kathy Shaidle’s life is about to get rather complicated.  Stay tuned.)