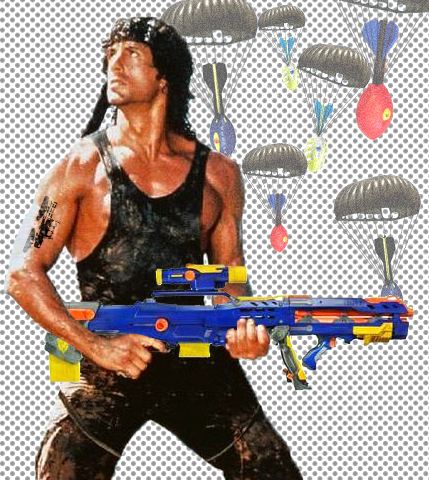 In my place, I have pretty much every single Nerf gun ever made. The boys’ mother, wiser than me, won’t let them in her place. I do, however.  They’re everywhere.  Nerf darts and cartridges, too.

Nerf guns are not “ultra realistic,” or whatever the author says in this fun story. They’re Nerf guns. They’re orange and they’re toys. AK-47s they are not.

My youngest boy enjoys sneaking up on me, Ninja-like, and shooting me in the back over impressive distances and at impossible angles – and then watching me jump three metres in the air. It’s fun. Well, for him, it is.

Me, I don’t mind Nerf guns.

Getting shot in the back by a Nerf ninja, not so much.