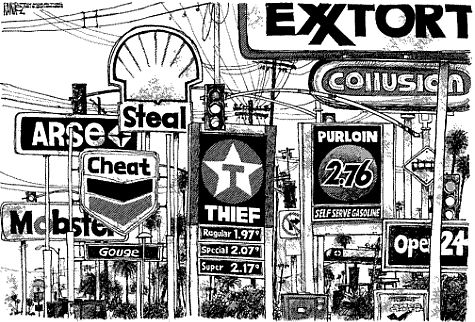 As y’all know, Big Oil – and their Reformatory fart-catchers in Ottawa – have been braying and screeching about “foreigners” and “front groups” in respect of the big and dirty Oil Sands pipeline.  The Harper regime, in particular, has been apoplectic about these shadowy “front groups” who oppose the pipeline.  Lots and lots of money is being spent to demonize opponents to the plan.

Here’s an example.  Take a listen to the voice on the “Our Decision” ad, and the crap about “front groups,” here.

Hear that voice?  Now, listen to this Conservative Party attack ad, the infamous one about how Michael Ignatieff “didn’t come back for you,” found here.

Question one: It’s the same guy, ain’t it?

Seems the aptly-named Wurstlin Group did both, and used the same actor.  So, as the irrepressible BCL discovered, the fact is that the Conservative Party is the cabal using “front groups,” quote unquote.  (And see BCL’s report on last night’s section 13 debate, which I couldn’t attend because I was at Son Two’s hockey game.)

Anyway, question two:  Are the Cons bald-faced, lying hypocrites who are full of horseshit?

Well, you know the answer to that one already.