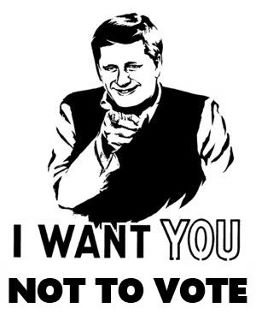 Get a load of this horseshit:

“The Conservative Party of Canada ran a clean and ethical campaign and would never tolerate such activity,” said the statement attributed to Jenni Byrne, who managed the Tories’ national campaign.

And then, today, this:

A Conservative staffer caught up in a scandal over fake election day phone calls to keep voters away from the polls has lost his job.

So, they did nothing wrong, and then – a mere 24 hours later! – they throw a future Conservative Senator under the bus. Then: did nothing wrong. Now: something went wrong, but we didn’t do it.

Make sense to you? Me neither.

However this one ends up, it follows the Reformatory MEP issues management standard operating procedure™: