Danielle Smith’s “conscience” – in her own words 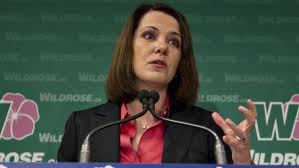 The Wildrose leader says doctors, nurses, marriage officials and other public officials should be able to make decisions according to their own conscience. So, what does Danielle Smith’s own “conscience” have to say about important issues like reproductive freedom, equal marriage, health care, personal behaviour and the Charter of Rights?

Here she is, in her own words:

…and on what she really thinks of the leader she now claims is a friend?