I first heard from Fern Hill a few months ago. I had posted stuff about Tim Hudak’s anti-choice views. Fern Hill wanted credit for discovering Tim Hudak’s views. Quite a few of us knew that already, but whatever.

During the election, Fern Hill was the abortion blogger. If someone said something about abortion, she was all over it. I don’t recall her linking to Henry Morgentaler’s statement that late term abortions – around 24 weeks – is something with which he has ethical problems, however.  She said if you think the world needs fewer abortions, not more, you were part of the “fetus lobby,” quote unquote.

After that, she hectored people to vote for her in one of those stupid blogger award things. I never participate in those contests, because they make Robocalls look ethical and scientific. To Fern Hill, getting a blogger award is a big deal, however.  I started to sense that she didn’t have much of a life.

Anyway. In February, I saw that Fern Hill had gotten mixed up with the white supremacists and neo-Nazis who hang out on Free Dominion. She called the founder of the crypto-fascist web site her “good friend,” quote unquote.

I tried to talk her out of that, and – as with all such attempts – Fern Hill dismissed and mocked me. That’s around the time that I took a link to her off my web site.  She’d become as extreme as those she regularly attacked.

Now, she’s in a fight with pretty much every progressive blogger. She said she wanted off their aggregator, so they removed her. She has now taken to screeching about the fact that they removed her.  Seriously.

Bottom line: she’s an idiot. And, as the screen cap below shows, she thinks it’s A-OK to play footsie with the Far Right. 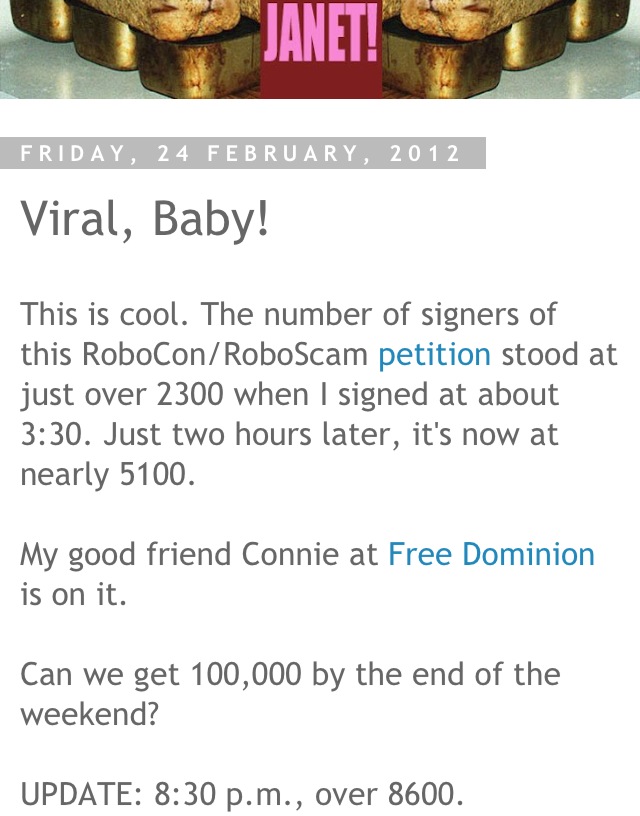