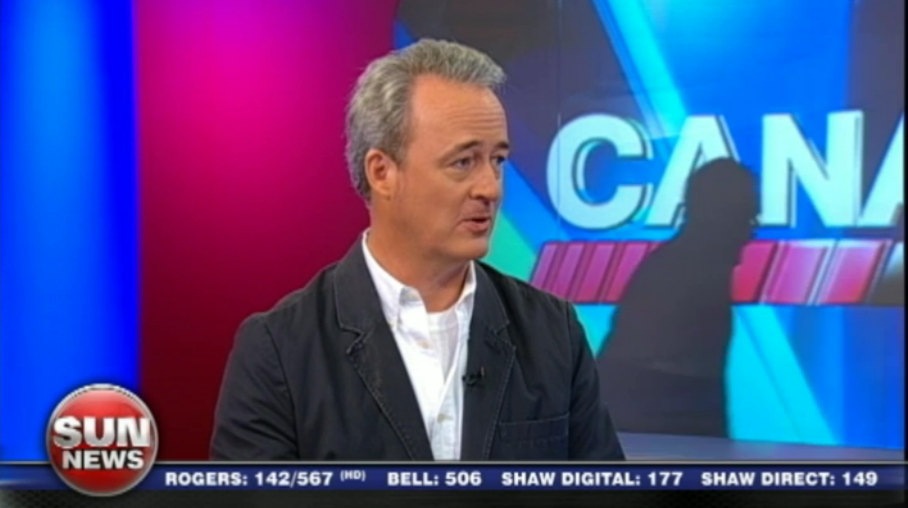 As I speak on Krista’s show, Christy Clark is observed lurking behind the set.