Fight The Right in Ireland!

From longtime friend, Chretien loyalist, and future Prime Minister Chris Collenette, who now resides in the land of my ancestors: Fight The Right takes the Emerald Isle by storm!

“Warren: I headed into town today with the family to run a couple of errands and wouldn’t you know that everywhere I went, I ran smack-dab into Fight The Right and I took a couple of photos along the way: 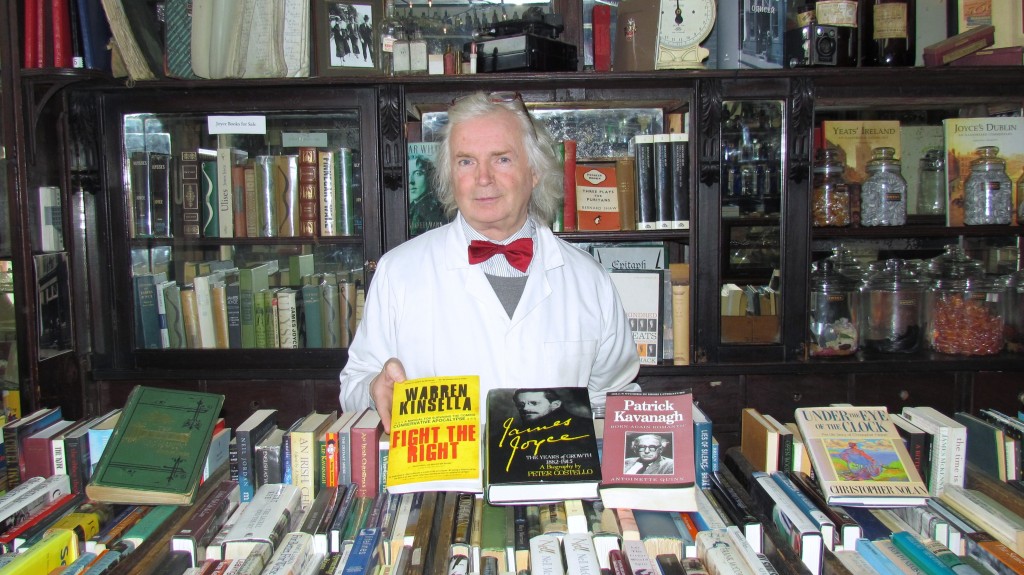 First I stopped into PJ Murphy’s used book store at 1 Lincoln Place across from Kennedy’s Pub.  There sat was Fight The Right displayed prominently along with some other celebrated Irish writers.  PJ took a look at your picture and told me he is from the Wexford Murphys who intermarried the Wexford Kinsellas and no doubt you are distant cousins – no word of lie.  If you ignore the Ledrewesque bow-tie, there is some resemblance – although he is a tad bit older. 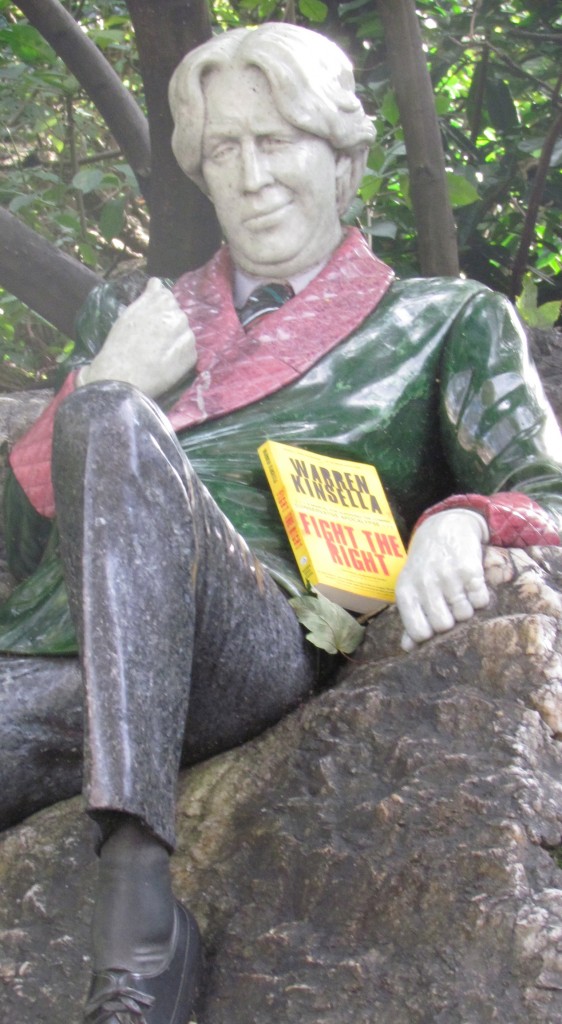 Then I rounded the corner to Merrion Square to pay a visit to Oscar Wilde, and wouldn’t you know it, resting in quite a serendipitous manner upon a fallen maple leaf, was another copy of Fight the Right. 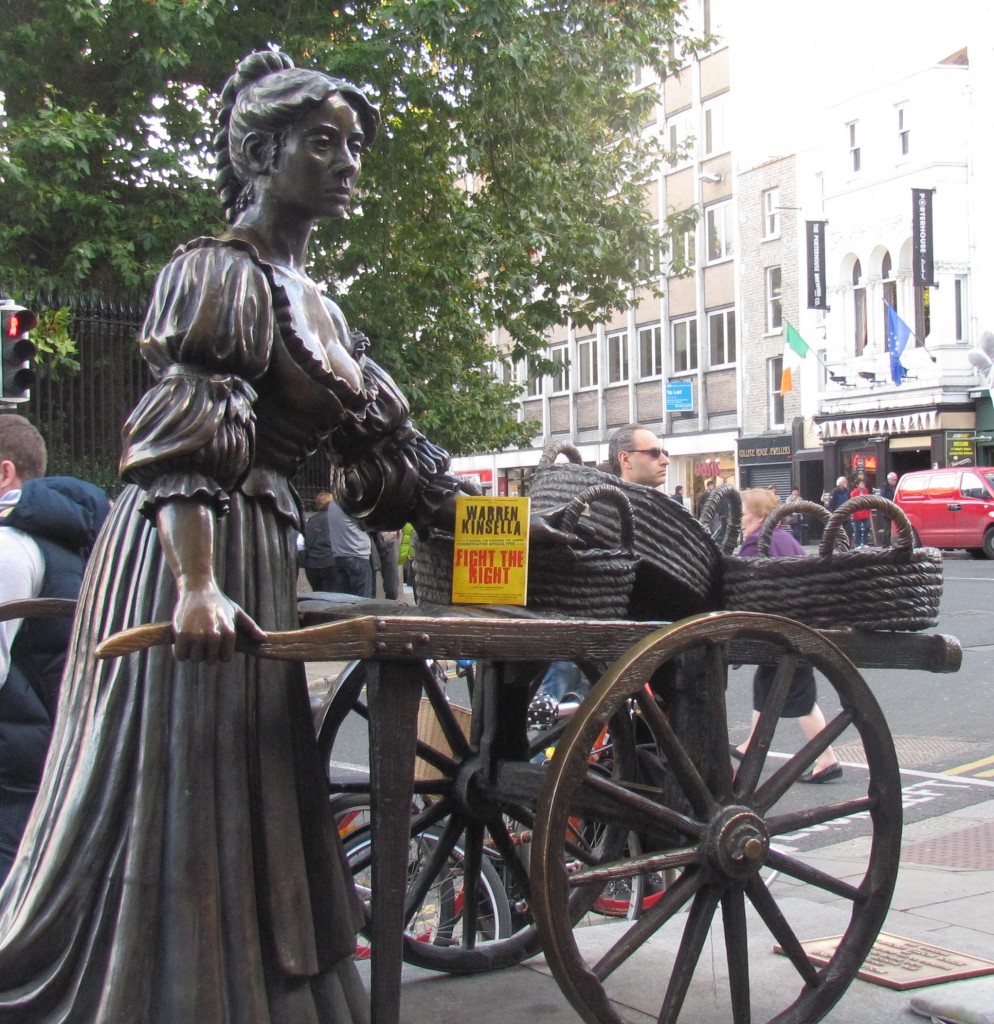 After a visit to the play-park in St. Stephan’s Green and a leisurely stroll down past the Grafton street buskers, we stopped by to see what type of wares Ms. Malone was selling.  Wouldn’t you know it, there sat another copy of Fight the Right?! 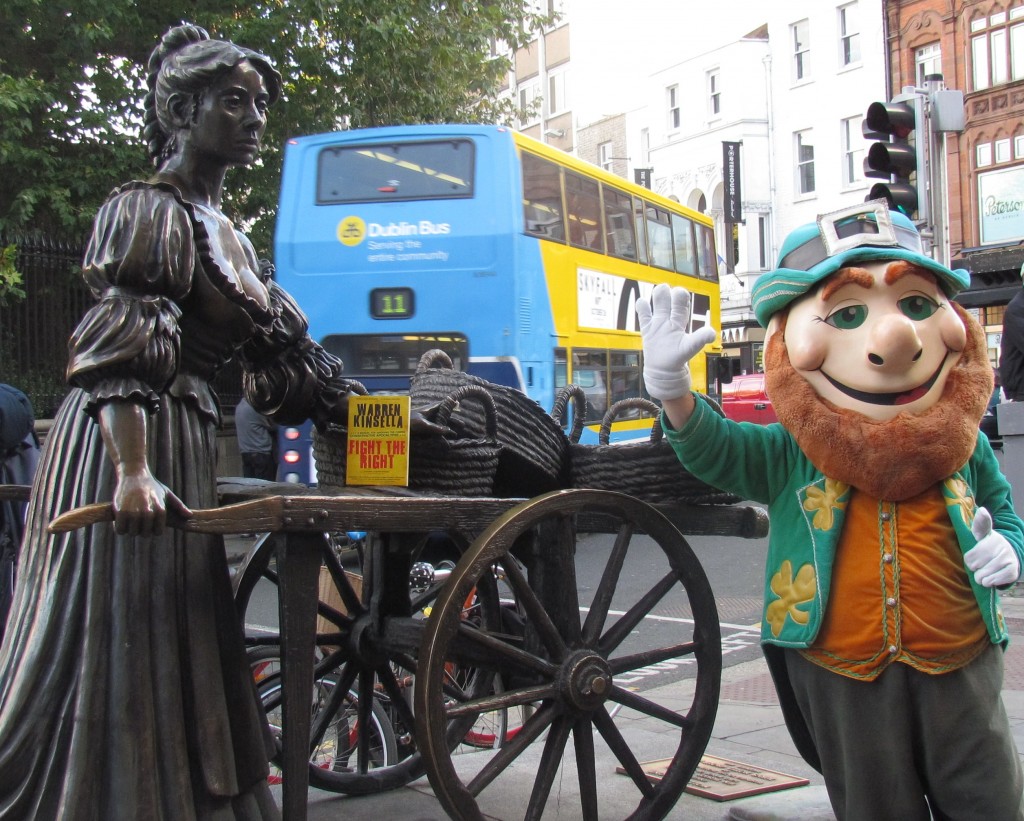 Then, and I couldn’t have arranged it even if it was 1993 and F. was with me – this costumed leprechaun kept wanting to get in the picture! 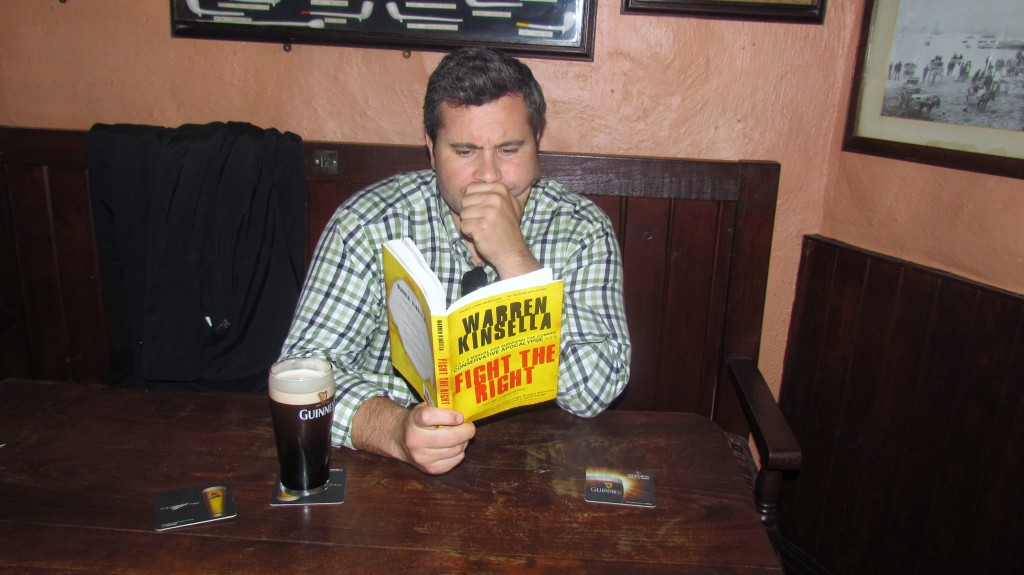 Following this little excursion and a train ride home on the DART along Dublin Bay, and after sending the kiddies home with their mother, I settled in at The Old Punch Bowl, one of my locals in Booterstown, Blackrock, and began to peruse the much talked about book.  Review to follow, but from what I read so far (acknowledgements) I like what I see.”