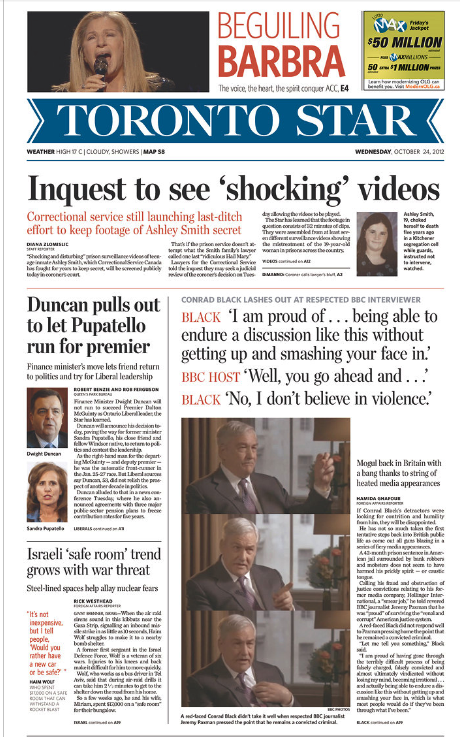 Finance Minister Dwight Duncan will not run to succeed Premier Dalton McGuinty as Ontario Liberal leader, the Star has learned.

Duncan will announce his decision Wednesday, paving the way for former minister Sandra Pupatello, his close friend and fellow Windsor native, to return to politics and contest the Grit leadership…With the minority Liberal government expected to fall next spring, triggering an election, his Windsor—Tecumseh riding would open up for Pupatello, 50.

She represented neighbouring Windsor West for 16 years until retiring shortly before the Oct. 6, 2011, provincial election.

Now the PricewaterhouseCoopers LLP director of business development and global markets, Pupatello was deputy Liberal leader in opposition until 2003.

In government, she served as minister of economic development, education, and community and social services.

A political firebrand, observers say she would inject some enthusiasm and passion back into a Liberal government that even McGuinty admitted needs “renewal.”

Unlike most other potential candidates, she is untainted by controversies now plaguing the governing party, such as the Mississauga and Oakville gas plant debacles, the ORNGE air ambulance scandal and problems with teachers’ unions who have turned on their former Liberal allies.