There are exceptions to that, of course. (There are always exceptions in politics.)  In Toronto’s municipal campaign, there were three big things that affected the race.

• The New Democrat brand was in decline. In B.C., Nova Scotia, Ontario, New Brunswick, in federal by-elections: pretty much everywhere, these days, the NDP are struggling. That hurt Olivia Chow – the doyenne of the NDP – the most.

• Rob Ford (unexpectedly) went into rehab for two months, and then he (unexpectedly) came back. He raised hopes that Ford Nation would disappear, and then he dashed them. At that point, the election – which had always been a referendum on the Fords – became even more so. The anti-Ford coalition started looking for the candidate who could beat Ford(s), and not necessarily the best one.

• The biggest issue in Toronto is how to get around. As everyone who lives here knows too well, the city is a Hellish mess. No one with a brain believed that any one candidate had the solution – but they wanted to hear ideas about how to fix it. John Tory’s transit plan wasn’t a smart track, it was a laugh track: it promised to send heavy-rail trains on right turns through churches and homes. It had no way to pay for itself. It treated some parts of the city as more equal than others – and it reflected Tory’s core belief that white privilege doesn’t exist. But Tory at least talked about transit. The others didn’t, not nearly enough. And when they did get around to it, it was too late.

Those three big things aside, elections are – again – great big job interviews. They are all about communications.

For years, Tory was a serial loser mainly because he couldn’t communicate. Then, he got hired as a radio talk show host, and he spent four years learning how to communicate better.

He was a liar, of course. He donated thousands to the Fords, and defended them on his radio show, and then pretended he didn’t do either. He supported LRT, then reversed himself on it.  He said he had a Number One Priority that wasn’t. But John Tory was after redemption, and he figured he could easily beat the overweight crack addict and the Chinese socialist.

Doug Ford was – for Etobicoke and Scarborough, the boroughs where Ford Nation remains strong – the perfect candidate. He was the tough fiscal conservative, without the crack. He was bigger than life.  He was a maverick, and Toronto likes maverick mayors. But he came into the race too late. He would have won if he’d been Ford Nation’s candidate a lot sooner – because he is a much better communicator than John Tory.

He’s also a better communicator than Olivia Chow. But, really, who isn’t?

Our last memory of her, before she ran, was the stoic, dignified, quiet widow, standing beside Jack Layton’s casket. Then she disappeared into the maw of Ottawa, and nobody really saw her again until she ran for mayor.

She was the frontrunner, at the start, because voters thought she was still the woman they remembered from Jack’s funeral. But she wasn’t.  She’d changed.

She was, instead, an unremarkable person who couldn’t communicate her way out of a wet paper bag. She was hard to understand. She was dominated, easily, but the slick former radio host and the talking points machine.

She didn’t speak English at home, and that is what hurt her the most, in the end: in debates, in scrums, she always sounded like she was translating something from Chinese into English. It was fatal, in fact.

In a real election campaign, advertising can help a candidate overcome their inability to communicate well. But the Toronto mayoralty wasn’t a real campaign: it’s an unmitigated joke, with 60 debates, millions of voters, a province-sized area to cover – and only $1.5 million to do it all.

So, you need to rely on the news media to cover those interminable debates, and show clips of you looking and sounding like a mayor. Olivia Chow, however, never looked or sounded like a mayor. She looked like what she was: an unremarkable person who struggled to communicate. Who was consistently dominated by her two main opponents. Who didn’t have a big idea to sell, who didn’t have a clear message.

She also, as I experienced personally, wasn’t a particularly nice person. She wasn’t likeable.

When she tossed me under the proverbial bus – for doing what we had all agreed we would do, which was point out the white privilege at the heart of John Tory’s main plank – she lied. She lied about me being one volunteer out of “thousands.” She lied about meeting with me – she had met me many times, and regularly, too (even at her house!). She lied.

Reporters knew it, and some voters sensed it. She looked like a stammering, yammering deer in the headlights. And a person who doesn’t tell the truth.

I’ve written a book about the need for progressives to work together to defeat conservatives. My involvement with Chow grew out of that – coupled with my desire to rid the city of Rob Ford.

I don’t really believe in that unite-the-left stuff, anymore. Olivia Chow beat it out of me. A lot of New Democrats, I’ve come to accept, believe winning the bronze is their lot in life. They’re almost uncomfortable with the idea of winning the gold. That certainly is the case with Chow, who looks more content in third place (as she is now) than being in first place (as she was at the start).

Communications. That’s what these things are all about. Tory and Ford could, Chow couldn’t. Simple.

What will the next four years be like? Gridlock, dithering, indecision, elitism, scandal, lies.

The usual, in other words. 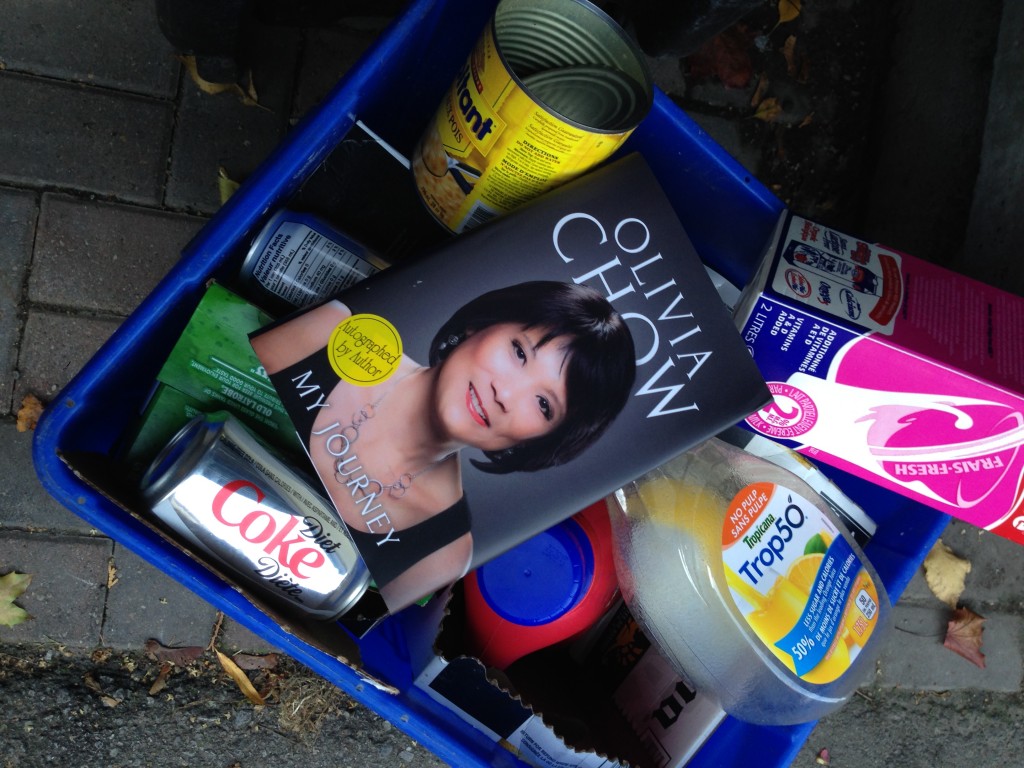