Michael Zehaf-Bibeau in his own words

So much for the notion that he wasn’t a jihadist, I guess. Examples of folks getting it wrong here and here and here. 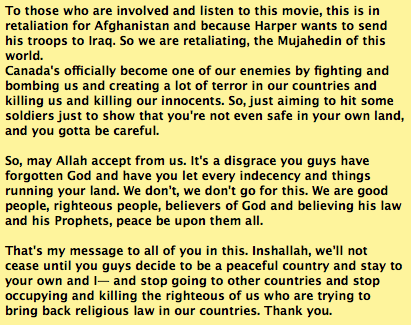