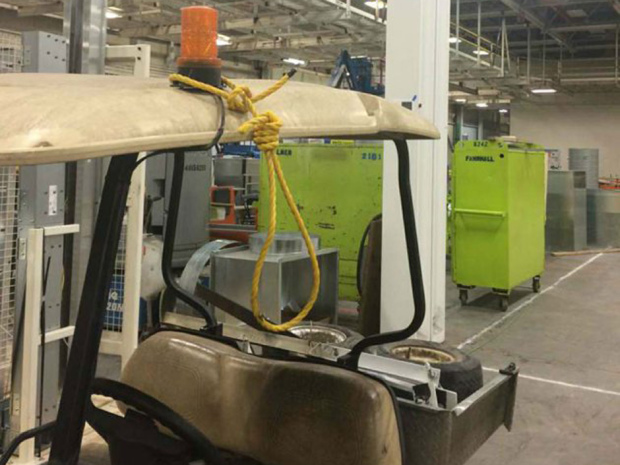 WINDSOR, Ont. — A black man found a noose on his truck and another near his work station at an auto plant that is being retooled in this southwestern Ontario city.

The victim, in his late 40s, was shaken but declined to speak about the incidents, officials said Monday. Police are investigating.

The man, who is from Windsor, is among hundreds of workers involved in a $2-billion retooling project at a Fiat Chrysler minivan assembly plant. Auto production has been shut down during the revamping.

The Post has extensively covered this incident – this hate crime – as well as CBC and the Windsor Star. It has also received significant coverage in the U.S., on Fox, USA Today, the Detroit Free Press, and so on. It deserves more attention in Canada than it is getting.

It’s 2015, not 1815: this kind of despicable, cowardly act of hate needs to be investigated and prosecuted (once again showing why it was a mistake to kill section 13 of the Human Rights Act).

I can’t imagine how this man felt when he came to work and saw that noose. And I can’t believe this has happened in Canada in 2015.