Which leader best represents your interests?

Ekos’ Frank Graves, long derided (unfairly) as a pro-Liberal pollster, has an answer to the question above – and it should concern Justin Trudeau’s brain trust: 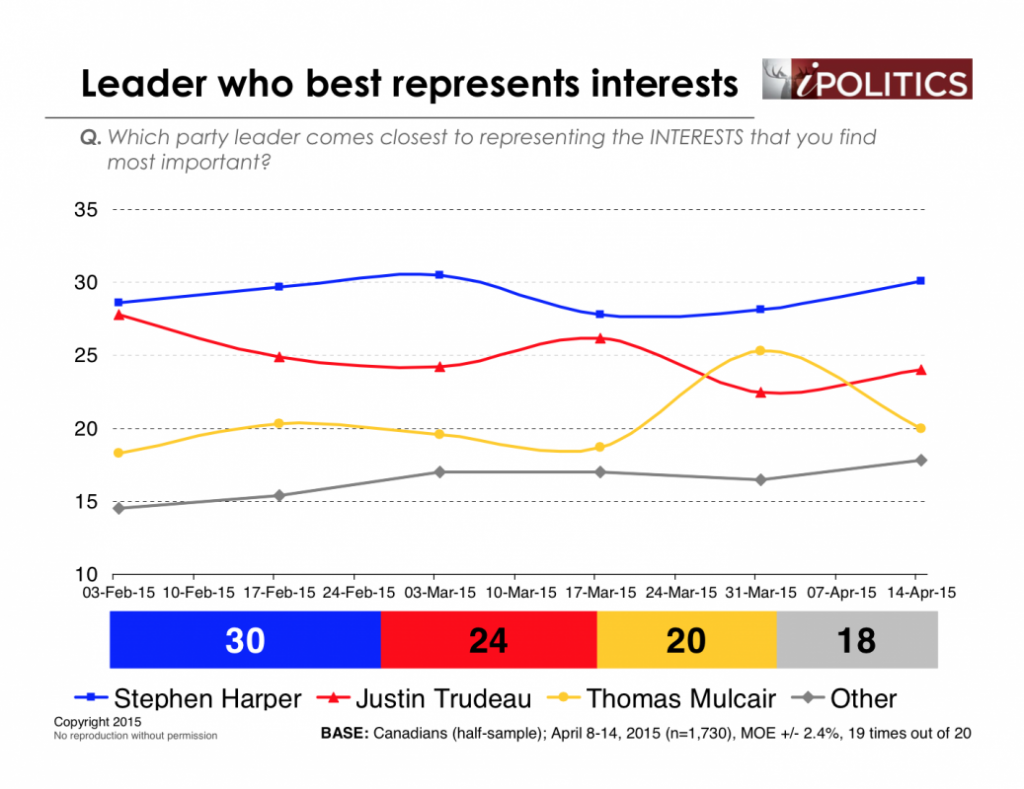 “Harper retains an edge in terms of who Canadians see as best reflecting their values, but this advantage has diminished in recent weeks. This is an important number to watch, because ‘values’ are strongly connected to emotional engagement and party choice. Harper is seen by the largest number of Canadians as the leader best able to represent their interests; ‘progressive’ voters have been bouncing between the Liberals and the NDP on this question.”

What’s evident (to me at least) – is that it isn’t just the security/terrorism issue that works to Stephen Harper’s advantage. So does the surge in popularity for Thomas Mulcair and his New Democrats. For Trudeau, both represent a worrying trend.

Can he turn it around? If so, how?