I don’t believe in heroes, per the song. But if I had one from my Carleton J-school days, it would have been Joe Scanlon. With his blunt assessments, with his dry humour, he drove many of my classmates crazy. But to me – just arrived from Calgary, wearing homemade punk T-shirts and ripped skinny jeans – I thought he was awesome. He clearly shared my approach.

“You like pissing people off, don’t you?” he said to me one day, from under that toque.

He was my HRP advisor – I did it on third party election advertising, which every other prof but Joe thought would never become an issue – and he would often quietly warn me when he felt I was picking too many fights. “Irishman,” he’d say. He got me.

We lost track of each other when I went back home for law school. But when we got back in touch, he revealed himself to possess that same sense of humour. Said I was an “interesting student,” which was high praise indeed.

Joe died suddenly yesterday. I will miss him a lot.

From one of our exchanges, a few weeks back: 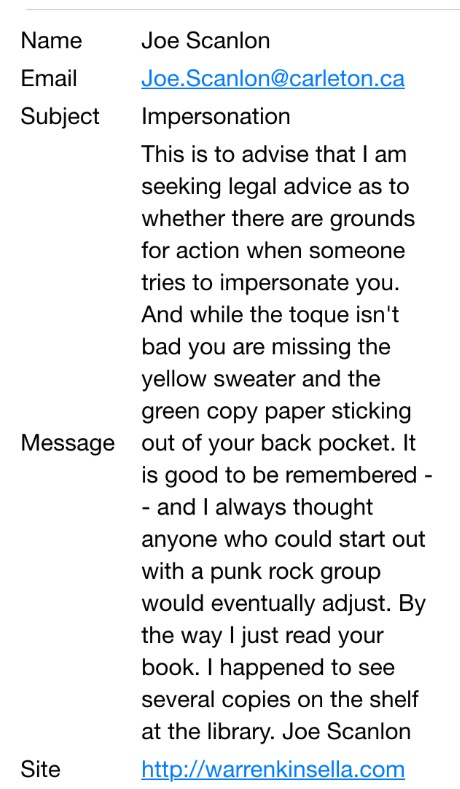 RIP, Joe. You will be missed by this Irish troublemaker.