The Edmonton tragedy, and Freemen on the land

In 1996, I was in Montana when the Freemen were in full revolt.  They effectively paralyzed the entire state for weeks in an armed standoff.

Essentially, these guys (they are almost always guys) believe that they are “sovereigns” and that statute law – criminal law, by-laws, etc. – are contracts that they can opt out of.  They believe they are only subject to “natural law.”  Thus, their fixation on property and gun rights, and their disdain for human rights laws, environmental and animal protection, and so on. They’re nuts.

In Ontario, a milder version of them is found in the Ontario Landowners, an anti-government group of loons who have essentially taken over a vast swath of the Ontario PC party.  In the U.S., the most extreme variant is the Posse Comitatus, who are avowedly anti-Semitic, racist and violent.

With a few notable exceptions, Canadian Freemen had in recent years contented themselves with tying up the courts with what one judge accurately termed OPCAs – Organised Pseudolegal Commercial Arguments.  Until Edmonton last night.

Let’s remember Edmonton Hate Crimes Unit officer Dan Woodall, killed last night by a man reported to be Freeman Norman Raddatz.  Woodall was a hero, and he and his family deserve our thanks, from coast to coast. 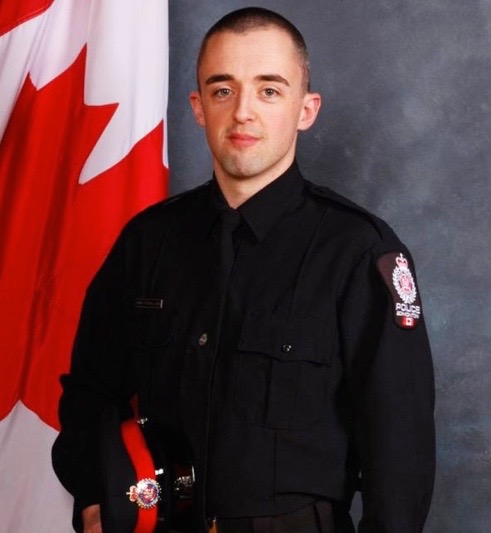