Trudeau, Dion and the Green Shift

Liberals still wince, a little bit, when reminded of Stephane Dion’s Green Shift. Some of them even attempt to rewrite history, and suggest they never supported it when it was party policy in 2008.

But everyone did, including Justin Trudeau, who – like a good soldier – came out to Vancouver in October 2008 to stump for votes for Dion. News reports of their rally at Science World make no mention of Trudeau attempting to shift away from the Green Shift. None. Given how successfully the CPC demonized the Green Shift in 2008 – and how they have campaigned against carbon taxes, for years – that is significant.

And, perhaps, that’s why Trudeau’s environmental policy announcement yesterday – in Vancouver, again – was also significant. The Green Shift is referenced in the headline over Akin’s column, but I can’t fund any other reference to it in the coverage of yesterday. Did the media ask Trudeau about Dion’s plan? Did it come up at all? We don’t know. But the NDP and Tory responses to what he said, I thought, were desultory – they seemed to be phoning it in.

It’s still early, of course, and attack ads may be in the works as I write this. But perhaps things have changed, in the intervening years, and carbon taxes/green shifts aren’t as radioactive as they once were. We shall see. In the meantime, here’s an amazing (and revealing) photo of Trudeau and Dion on that day back in October 2008. 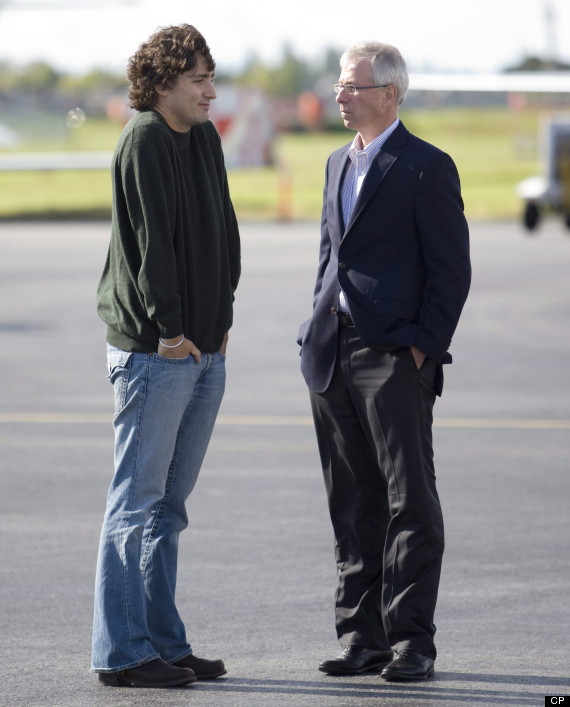