More than anything, I wanted to be a journalist. I started creating my own newspapers – ironically enough, about professional wrestling – when I was 10 years old.

While at the Citizen, I wrote something about how Brian Mulroney’s free-trade agreement would possibly place Canada’s health care system at risk. It wasn’t a big deal, particularly.

But it was refused. It was sent back to my editor, Randy Denley, by the paper’s then-editor, Keith Spicer. “We have to be nation builders,” Spicer wrote on a piece of notepaper. I can still see his hand writing.

After that, I didn’t really have the stomach for daily journalism. Politics and law weren’t exactly paragons of ethics and virtue, but at least they didn’t pretend – unlike journalism – that they were.

In 2016, I anticipate the end of the Sun chain in the first quarter, and the end of the Postmedia chain in the third. The reasons will be legion, but horror stories like this will figure prominently in the Post post-mortems.  It will be bad for a lot of amazing people – and for our democracy, too.

I always find it ironic (and revealing) that I left journalism while it was still profitable, and I’ve been getting back into it when it isn’t. Shows you how much I know.

In any event, my lovely wife got me an amazing Christmas present, one that starts today: home delivery of the New York Times.

Everything else in journalism may be going to shit, but at least there’s one paper left that makes me remember how extraordinary it all was, as far back as when I was a kid. 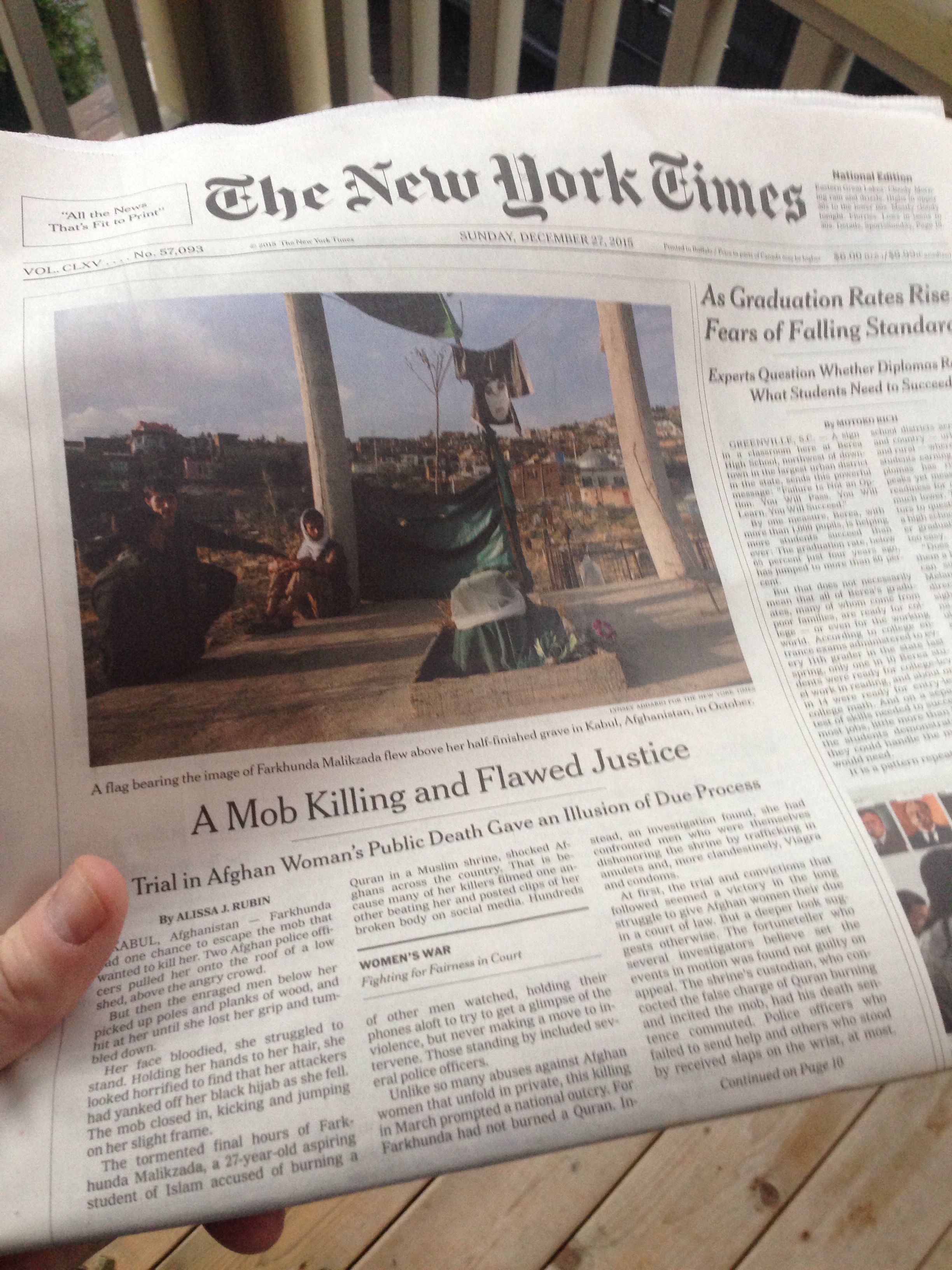