Why does Canada Post continue to distribute Holocaust denial and white supremacy?

Because they do.  Just this week, in fact.

Here’s an extract from the latest issue of Your Ward News, distributed this week by Canada Post to tens of thousands of homes in East Toronto and beyond: 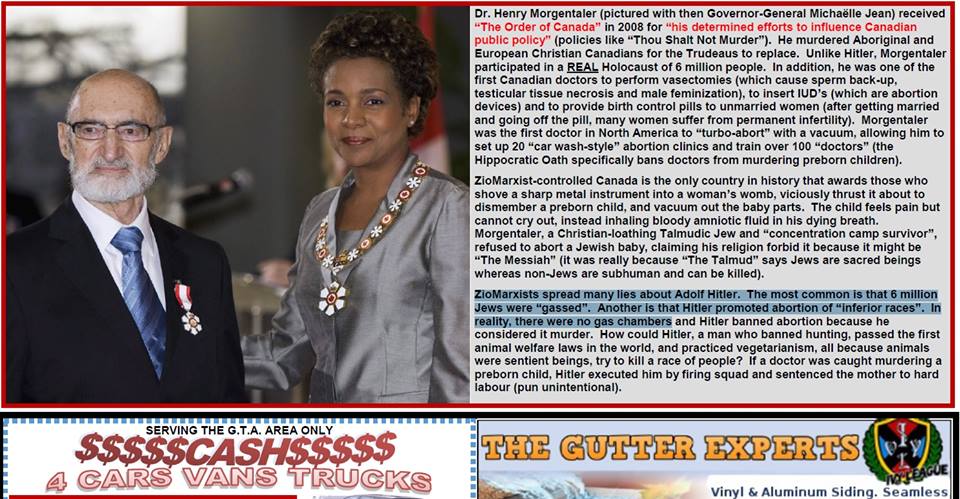 That is, prima facie, Holocaust denial. That is a criminal offence. Canada has prosecuted such cases in the past, as is well known. Why the Hell is the Trudeau government permitting Canada Post to distribute Holocaust denial?

And that’s not all.  Here’s something from the same issue, in which its editor, James Sears – who has pleaded guilty to sexual assault, and lost his licence to practice medicine for sexually assaulting patients – promotes his association with something called the Canadian Association for Free Expression (CAFE).

CAFE is an organization founded and led by Paul Fromm.  Here’s the Southern Poverty Law Centre on both: “Paul Fromm is a Canadian neo-Nazi based in the Toronto area. He serves as the international director for the white supremacist Council of Conservative Citizens (CCC), a direct descendent of the White Citizens Councils that rabidly opposed school desegregation in the 1950s and 1960s. He formerly hosted a daily radio show on Don Black’s racist web forum, Stormfront. Fromm also lectures frequently in both the United States and Canada and has appeared at annual conferences hosted by the CCC and the white nationalist American Renaissance…

Fromm has founded several organizations, including Citizens for Foreign Aid Reform (C-FAR) in 1976 to oppose multiculturalism and aid to Third World countries. In 1981, he founded the Canadian Association for Free Expression (CAFE ), which works against the Canadian Human Rights Commission to defend anti-Semites, racists and Holocaust deniers from persecution under hate crime and human rights legislation. These two organizations serve as Fromm’s primary platforms.”

Well, as I told my friend Bernie Farber over the holidays, me and mine are outraged. And if the powerful people referred to above don’t start taking concrete action, now, they are going to be named and shamed.

And not just by me.