That was one of his jokes at the unveiling of his official portrait at Queens Park last night, and it was a good one. He was the same old Dalton: folksy, funny, familiar. I miss him.

It was weird – and bittersweet – running into old political friends at the event. For a decade, we spent almost every day together, going through assorted triumphs and failures. And then, quite suddenly, you just don’t see each other anymore. Life goes on.

A decade in power is a pretty good record, and it was good run. After that long, though, it was time for an entirely new crew, and that is what is there now. Most of us McGuinty central campaign folks are now not involved – not in any way, shape or form.  That’s as it should be.

Anyway – enough nostalgia. Here is his portrait, which I thought was pretty good. That light you see? It’s there because Dalton McGuinty has an inner light that can never be contained. 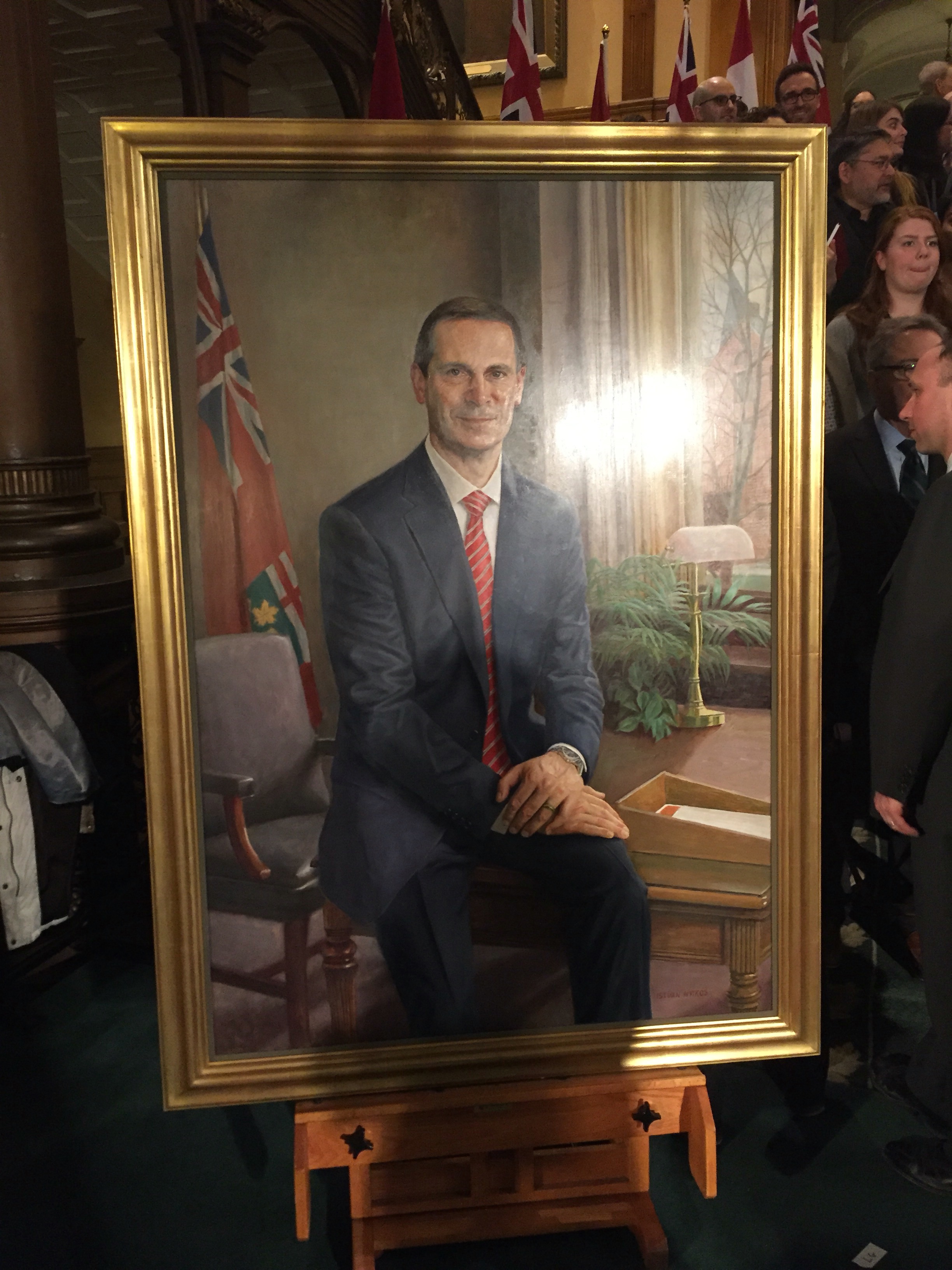