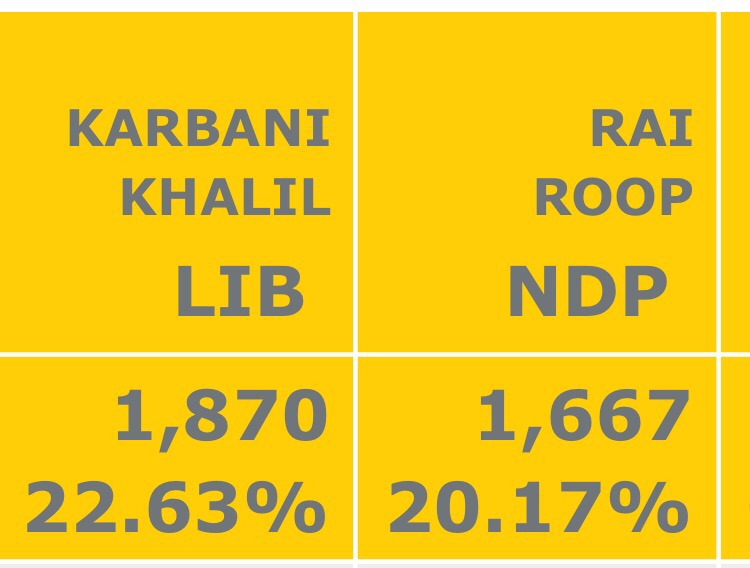 Brussels was a horror, Rob Ford was very sad, Hillary lost Utah and Idaho, Justin Trudeau didn’t get credit for making the biggest contribution to the welfare of First Nations in generations.  Yesterday was therefore an unhappy day.

Until the end of it, that is. Late – too late – the results started to come in, in an important Calgary provincial by-election. The Calgary-Greenway contest saw the once-mighty PCs returned, but not by much. Wildrose came second, but not by much. And, nipping at all their heels, was the Alberta Liberal Party.

Whose candidate, Karbani Khalil, beat out the Alberta NDP. You know, the government.

I know I shouldn’t read too much into a by-election result, I know, I know. But the Alberta Grits were the first political party I belonged to, and the one to which I will always be loyal.

The PC win will effectively put the brakes on the unite-the-right efforts currently underway in Alberta. The results also mean the Alberta NDP is a one-term aberration – because it is. And all of that creates opportunity for my party.

I will be in Calgary next month for a series of meetings and seminars with my Alberta Liberal friends. When I have more details, I will share same here for those who wish to attend. In the meantime, forgive me for the lengthy post.

Yesterday was a crummy day, for lots of reasons. But it ended not badly, if you are an Alberta Liberal like me!