This was the talk of #Daisy10 last night 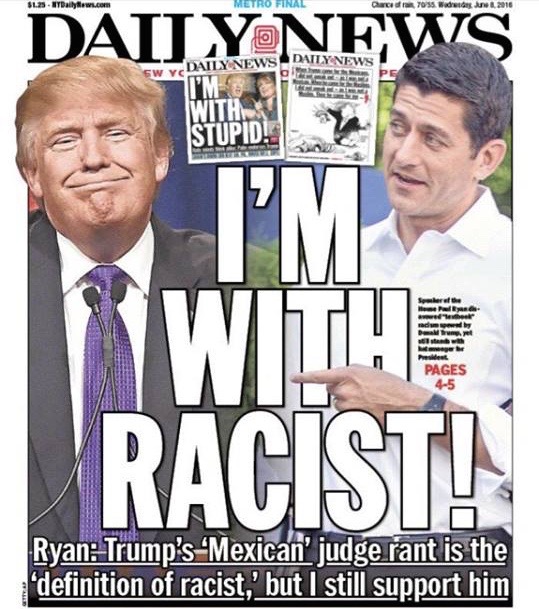 Most of our guests were appalled, and rightly so: “Trump’s a racist, but I won’t not support him.”  Personally, I think I see Ryan’s “strategy,” if you can call it that.

So, he chose a middle course: he did both.  Call Trump’s textbook racism “textbook racism,” but continue to support the racist.  That’s the only way, he figures, he can remain the candidate to beat President Hillary in 2020.

The problem? Paul Ryan is sucking and blowing at the same time.  He’s trying to be all things to all GOP people.