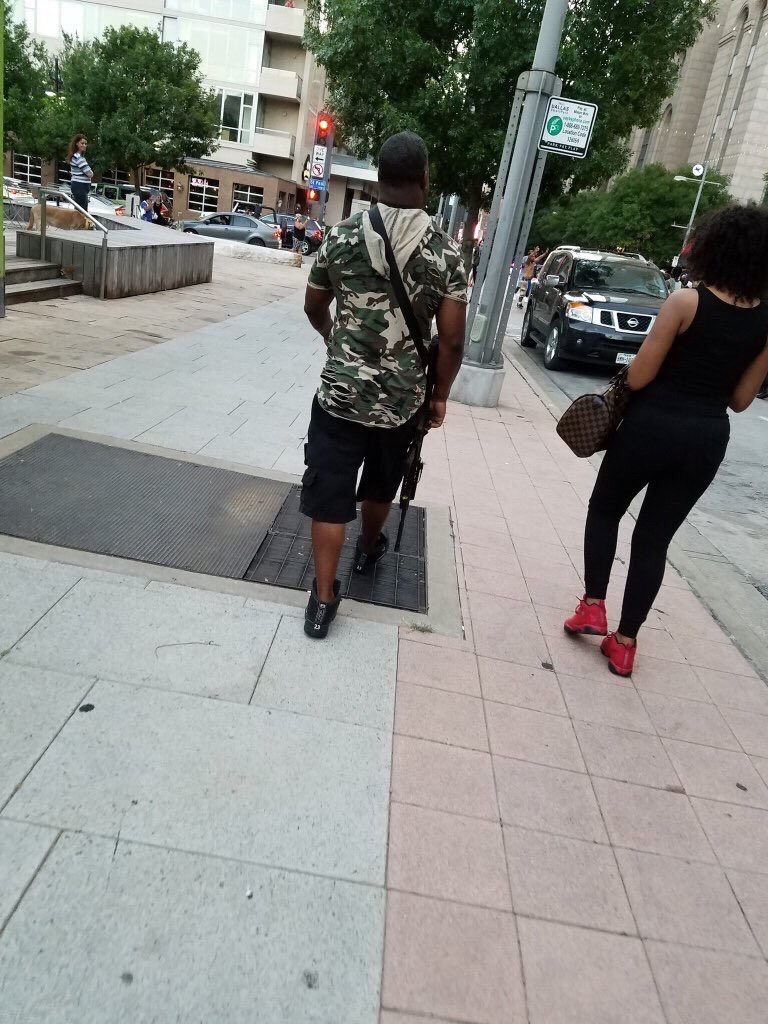 My family has lived in both Dallas and Calgary. Whenever people would ask me what the difference was between the two places, I’d usually say: “Dallas is Calgary with lots of guns.”

Thus the photo of the guy above, walking near last night’s Dallas protest. He was initially “a person of interest.” But let me stress that what he’s doing – walking around with an assault weapon – is totally legal down there.

Every decent person deplores the terrible losses of life in Louisiana, Minnesota and now Texas. Everyone wants to stop this madness.

But one thing should be very clear: guns are too readily available in the United States. And not every American understands that.