Mark Critch is an asshole

Seriously, he is. Even the Star seems to think so.

Here’s what he put up on the Internet. 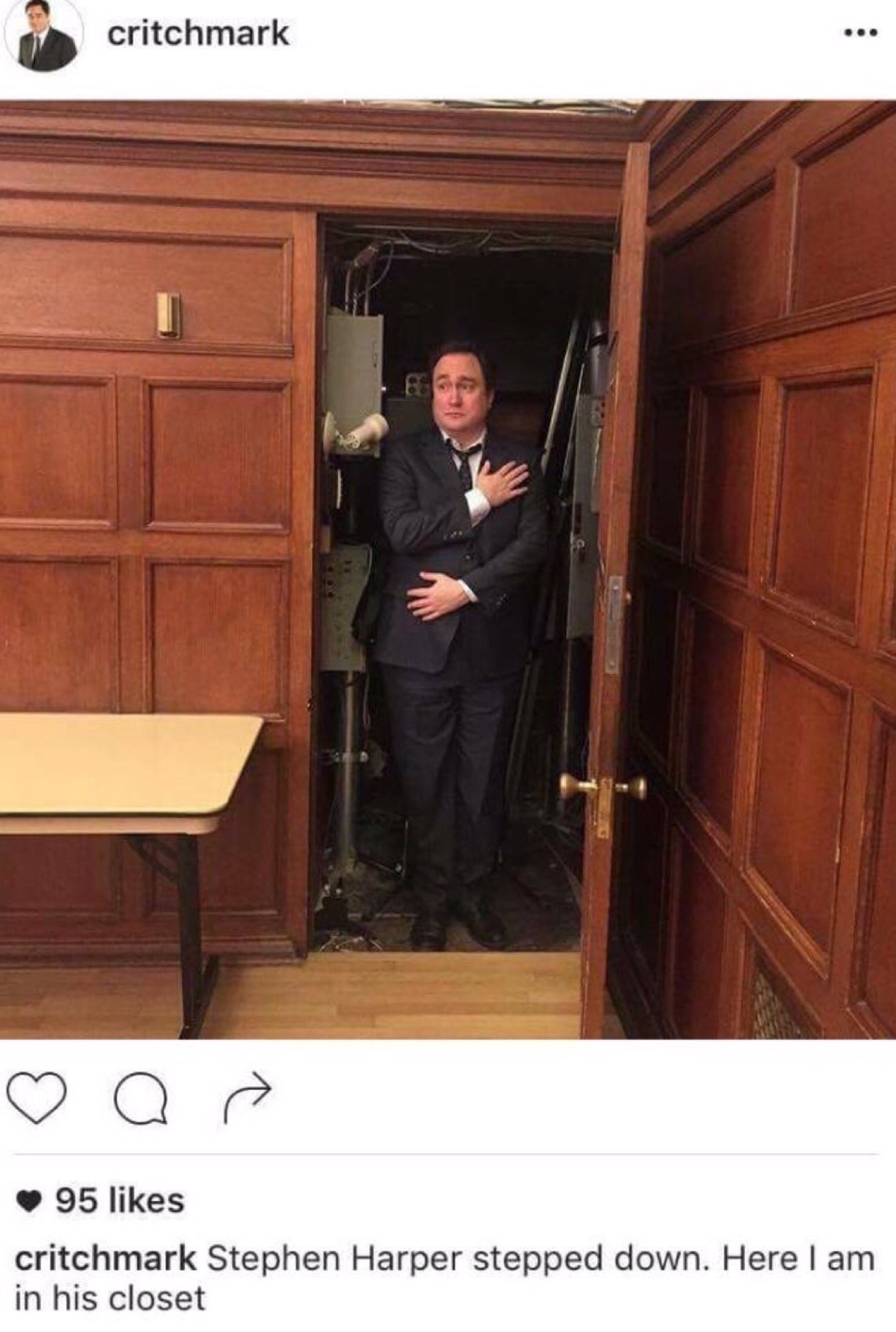 So, in his defence, Critch allegedly does comedy. I haven’t ever watched his show or whatever, but I would imagine trying to be funny is hard. (I guess.)

Anyway, on the day Stephen Harper packed it in as an MP, Critch posted the thing above. It’s apparently a joke about Harper hiding in a closet on the day a self-appointed jihadist murdered a Canadian soldier and stormed Parliament Hill, shooting at people.

I’ve talked about that day with MPs from all parties. All of them say they are still a bit haunted by what happened, and they’ll never forget it. All of them were hiding on the Hill, that day, hoping to avoid getting killed. All of them.

One said to me afterward: “The shots were really, really loud. They were happening right outside our caucus room door. We didn’t know what was happening, but we knew we could could get shot. We were all texting our families.”

Here’s the thing, Mark Critch comedian guy: if Stephen Harper was in a closet, it’s because the RCMP pushed him in there, you feckless moron.

I’ve worked for a Prime Minister, and walked around with him on the Hill and off, and I can tell you that’s the RCMP’s  job. Just like that time a bunch of Secret Service agents threw themselves on top of Ronald Reagan to keep him from being shot again, remember? That’s the job. It didn’t look like John Wayne in the movies – all swagger and indifference to bullets flying – but it probably saved the President’s life.

Stephen Harper, and now Justin Trudeau, didn’t sign up to get killed. They didn’t ever claim to be experts on personal security, either. Leaders and their families deserve every bit of the protection they get, and more. When there’s a real threat, the RCMP take over, not the politicians.

And if that means the cops have to push the politicians into a fucking closet to protect them from an active shooter, that’s a good thing. They are being smart and brave.

You, meanwhile, are being an asshole.