Blood and Honour is a thirty-year-old neo-Nazi organization that started in the U.K., and was founded by Ian Stuart Donaldson of Skrewdriver. Combat 18, meanwhile, is a mainly skinhead organization that has been responsible for murders and assaults targeting non-whites around the globe (the “18” is the numbers of he alphabet representing AH – Adolf Hitler).

This recruitment sticker was spotted at the Lions Park LRT this morning in Calgary, a few blocks from where I lived during law school. 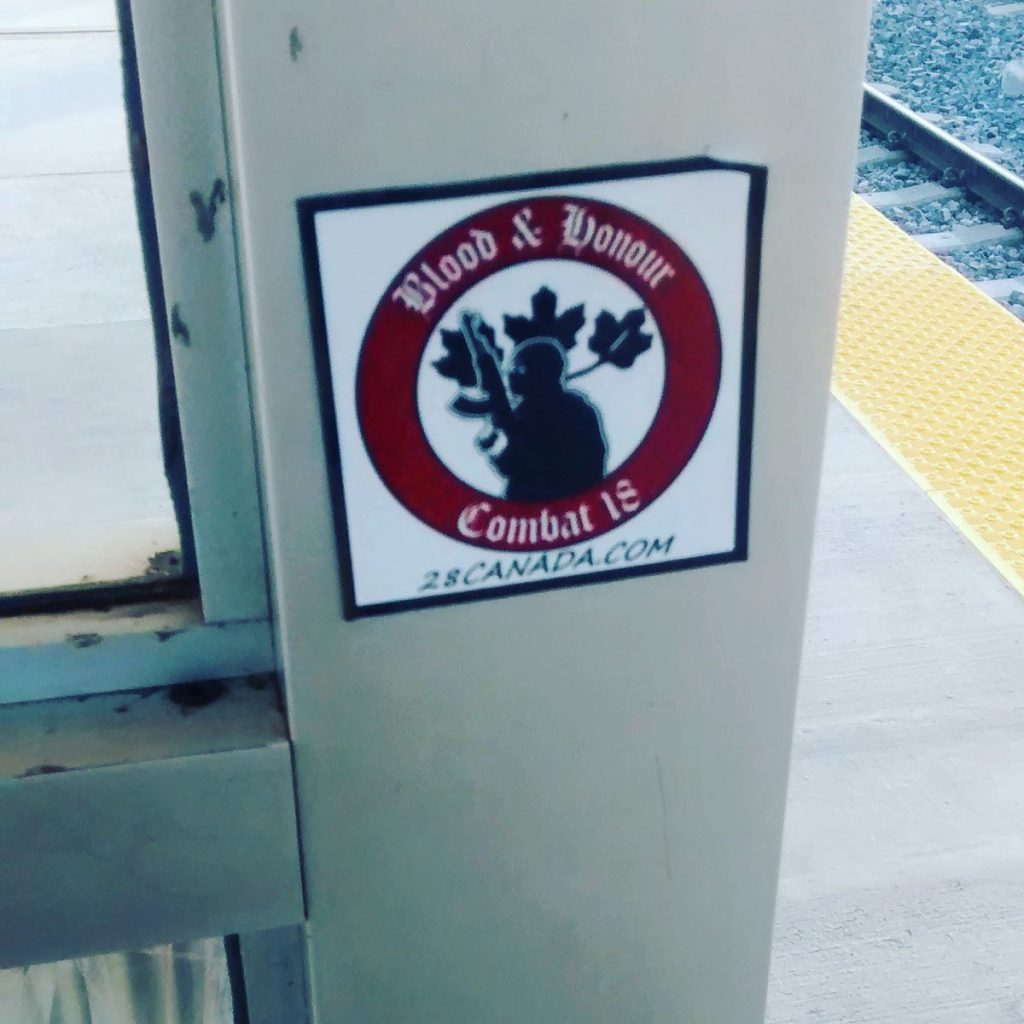