This was just released by QP Briefing. And, yikes. If true, the Brown PCs have half the vote.

Those who were at that top secret OLP meeting last night have to ask themselves: was what they were fed the truth? Or is this closer to the real picture?

If it’s the latter, watch out. We’re heading into Mulroney 1993 territory, here. 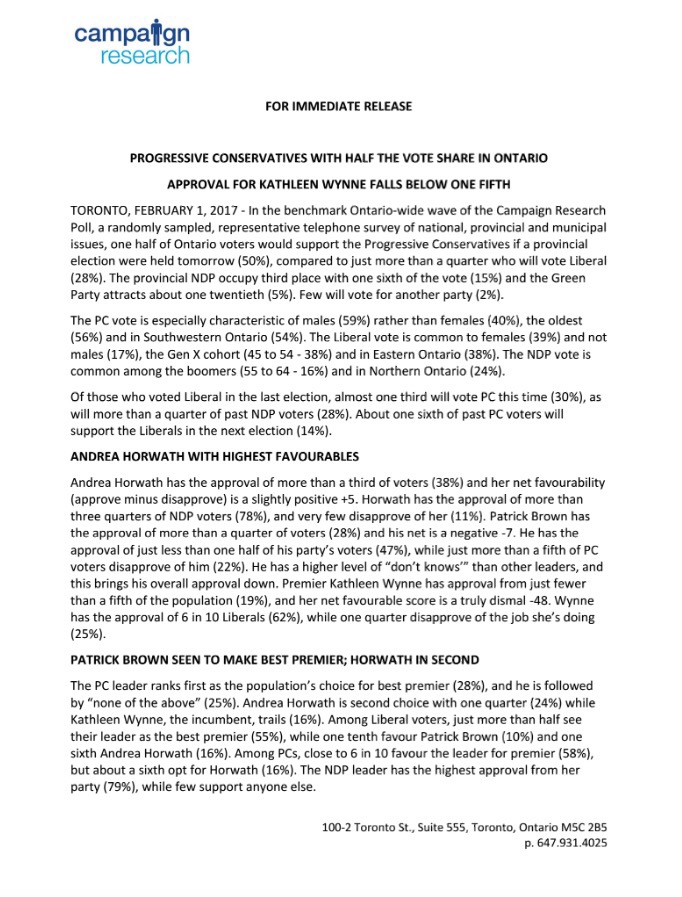