CBC-TV arrogantly thought it could handle a far-Right leader. It got handled, instead.

You guys made a big mistake giving credibility and airtime to a leader of the new anti-Semitic/white supremacist Right. Big. #cbc #cdnpoli https://t.co/kl7W0WPkSn

And it isn’t just me saying so. As HuffPo noted, your interview went completely “off the rails.”

Is it within your mandate to give an uncritical platform to a wasted hater like McInnes, who has written on The Rebel’s web site about how he hates Jews, calls blacks “monkeys,” calls himself “anti-Semitic,” says Jews should “get over” the Holocaust, and authors essays titled “I’m Not a Racist, Sexist, or a Homophobe, You Nigger Slut Faggot“? Is it?

No, it isn’t.  Get your heads out of your asses, The National and Power and Politics. 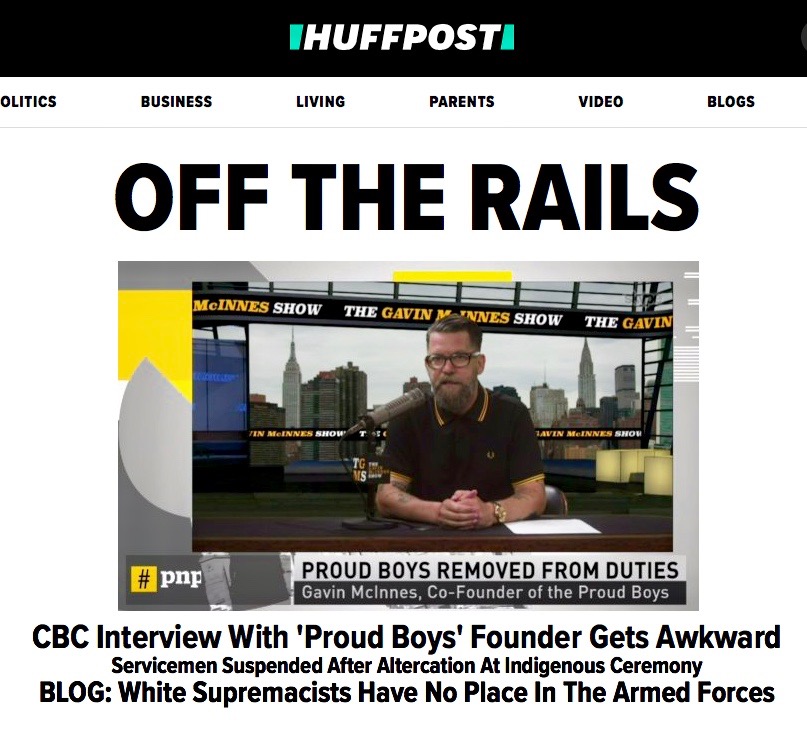