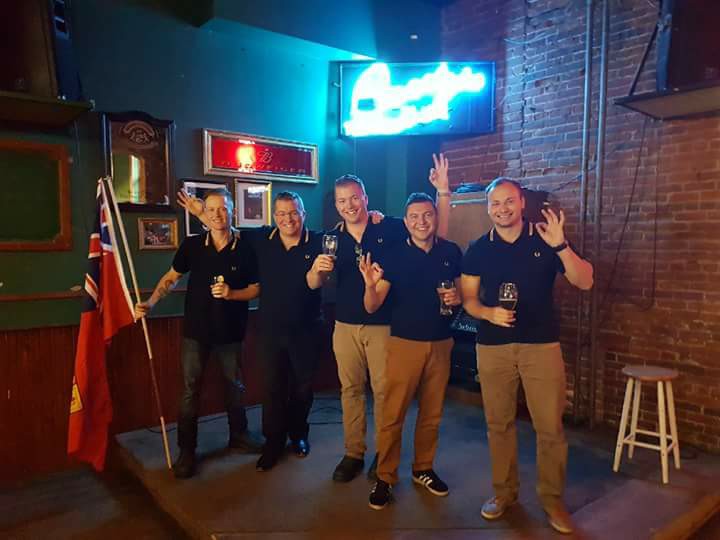 These five individuals are all members of the Canadian Armed Forces.  And, on Canada Day, they went to a Mi’kmaw event in Halifax, held to remember missing and murdered indigenous women.

The Proud Boys are a hate group founded and led by Rebel Media star Gavin McInnes.    McInnes has written on Rebel’s web site about how he hates Jews, calls blacks “monkeys,” calls himself “anti-Semitic,” says Jews should “get over” the Holocaust, and authors essays titled “I’m Not a Racist, Sexist, or a Homophobe, You Nigger Slut Faggot.”

The Proud Boys and McInnes are what they are: racist, anti-Semitic human garbage.  They’re on the record, and the record is clear.  That’s not the issue, here.

The issue is Messrs. Pollitt, Eldridge, Eldridge, Gauchier, and Maurice, above, celebrating after attacking a group of peaceful indigenous people, and four of them giving white power salutes in a Halifax bar.  That’s the issue.

Anti-Racist Canada has the right idea: all of us should contact their commanders, and demand answers.  Here’s where you can do that – and please let us know what response, if any, you get.

UPDATE: Good news – it looks like CAF are taking this very seriously.

UPDATE: It is now up on HuffPo.