One, it’s Forum. They’re the ones who said there’d be a Parti Québécois majority, a BC NDP majority, a Wildrose majority, and…you get the picture.

Two, it’s a poll. Every single poll in the U.S. Presidential campaign got the outcome wrong, for weeks. Polls aren’t terribly reliable, these days.

Three, as my lovely and talented wife said on Global News this morning, Trudeau’s government is at the halfway point in its mandate – and, as the Premiers, members of the Liberal Caucus and everyone in Canada has said, they’ve done a piss-poor job of communicating the small business tax changes. 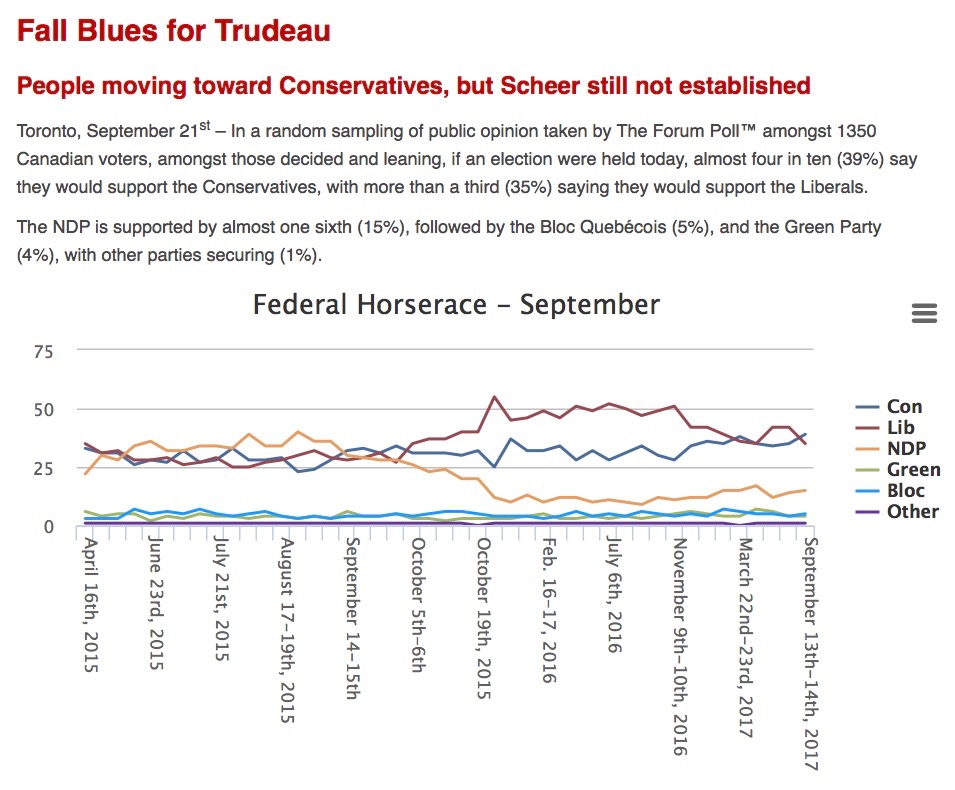 Blandy Scheer can’t be the reason for this – he’s the worst new Conservative leader since Joe Clark.  It can’t be anything the NDP are doing, either – they’re at 15 per cent, have no leader, and are now only protected by endangered species laws.

Something else is at work here.  My take is still this, as expressed at the tail end of last week’s column: This government is now at the two-year mark. The indications of entitlement and arrogance — and cynicism — are everywhere to be seen.

Your take, of course, is welcome.  Comments are open.