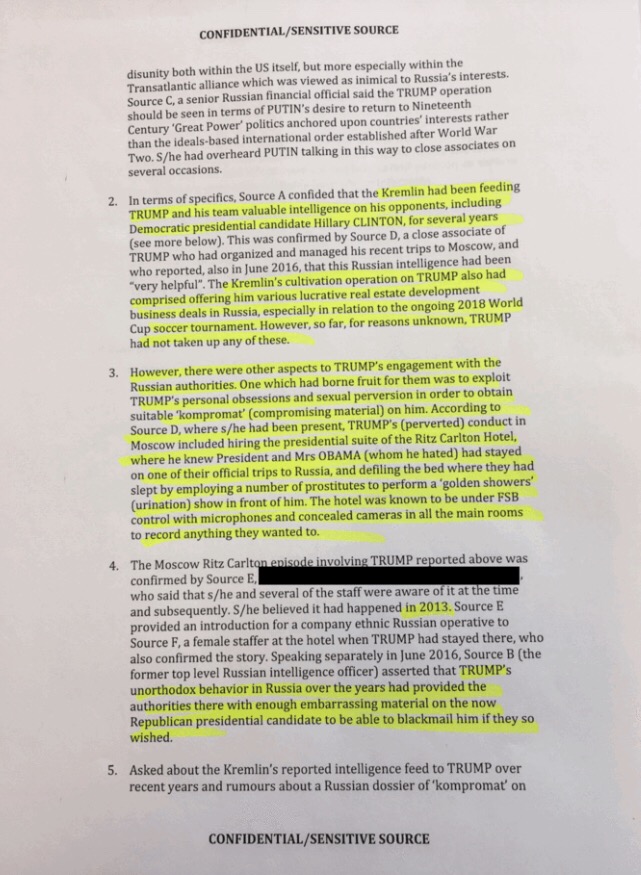 Column: oppo works – and it can work against Trump

The 70 per cent of Americans who self-identify as Democrats or Independents share one thing: they hate, hate, hate Donald Trump. They want him gone. Impeached, indicted, whatever. Gone.

The 30 per cent of who still call themselves Republicans, however, love him. They adore him. They stick with him.

No amount of controversy, no new outrage, deters them. They remain devoted to the Unpresident. As such, elected Republicans are afraid to oppose him. Those who detest Trump (cf. Senators Flake and Corker) fear the wrath of the lunatic Trumpian media (cf. Fox and Friends, Breitbart, Alex Jones). So they choose flight over fight.

But, this week, something revisited the public consciousness. Something that just might work. And it was the product of “oppo.”

This writer has been doing oppo for political parties for decades. Oppo, however disparaged it is by the mainstream, persists because it works.

Now, notwithstanding the many mythologies that have developed around James Carville’s Clinton-era war room, and just about every other war room since, opposition research – “oppo,” as it’s called – is neither new nor glamorous. It is, instead, frequently boring work that has been done in political campaigns since the beginning of time.

Sometimes it wins campaigns, and sometimes it doesn’t. But it’s always worth doing.

Oppo is just one part of a large and complex campaign organization, drawing together press relations, polling, field organization, debate preparation, advertising and the candidate’s own retail politicking. At best, an oppo team’s damaging revelation will throw an opponent off his or her campaign “message” for a day or so. But rarely will it win a race on its own.

By the early 1990s in the United States, oppo started to come into its own. Larry Sabato, one of the most acute observers of the unloved species that calls itself a political consultant, estimates that there was a 200 per cent growth in opposition research firms in the U.S. in this period. Such paid, full-time professional political consultants, as opposed to the ad hoc, decidedly amateurish political consultants that had preceded them, had become a big, multimillion-dollar business.

Oppo is ubiquitous now. Technological advances have enabled the media, and politicians, to do things that had been previously only dreamed of. In the case of politicos, technology and the Internet (and its dangerous progeny, Facebook and Twitter) permitted even the most modest campaign to develop crucial databases containing information about opponents.

Which leads us, in a circuitous fashion, to this bit of oppo: there is a tape that exists, that real people have really seen. It shows something that happened in room 1101 at the Ritz in Moscow on November 9, 2013. Here, according to one of the people who has seen it, is what it shows:

“There were other aspects to [the target’s] engagement with the Russian authorities. One which had borne fruit for them was to exploit [the target’s] personal obsessions and sexual perversions in order to obtain suitable ‘kompromat’ (compromising material) on him. According to Source D, where s/he had been present, [the target’s] conduct in Moscow included hiring the presidential suite of the Ritz Carlton Hotel where he knew President and Mrs. Obama (whom he hated) had stayed on one of their official trips to Russia, and defiling the bed where they had slept by employing a number of prostitutes to perform a ‘golden showers’ (urination) show in front of him. The hotel was known to be under [Russian federal Security Service] control with microphones and concealed cameras in all the main rooms to record anything they wanted to.”

The target of the oppo effort – initially paid for by Republicans, later by Democrats – was one Donald J. Trump.

So, read that passage above again, and then ask yourself: when this oppo work ever becomes public – and it will, guaranteed – will Trump’s voters stay with him? Will they remain loyal?

This war room guy’s hunch: they will do what has been long-predicted, and is long overdue. Namely: