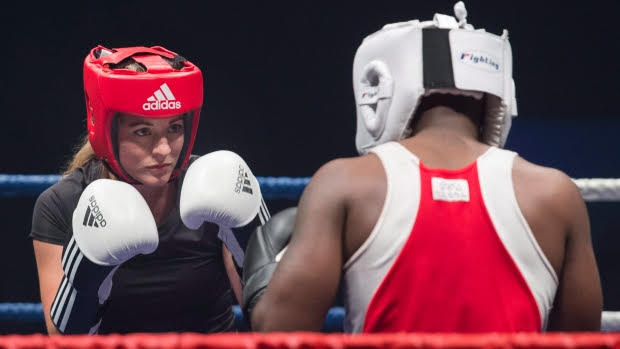 Does she have photos of Justin Trudeau in a compromising position? Does he owe her a lot of money? Is she holding hostage a member of his family?

There’s no longer any other rational or compelling explanation for “Minister” Melanie Joly being a “Minister,” is there? She is, hands down, the worst cabinet minister in the Trudeau government. She is a disaster. She is incompetent. She is inept. She makes Bev Oda look like a PR whiz – and Vic Toews a model of self-restraint.

But don’t take my word for it. Here’s just a short sampling of what others are saying about Minister Cassette (so named by Quebec pundit Paul Arcand, due to Joly’s insistence on robotic repetition of talking points):

We could go on (and on), but Kate Malloy says quoting Melanie Joly’s bad reviews would take up an entire special section. Besides, you get the point. As one wag on the influential Quebec show Tout le monde en parle put it: “She makes us f**king angry.”

Folks in the rest of Canada may think Joly’s cultural calamity isn’t page one news, but they’d be wrong about that. As Stephen Harper discovered the hard way, “culture” has an entirely different meaning in Quebec than in the rest of Canada. Woe unto the politician who is seen to be indifferent to the importance Quebec attaches to its truly distinct culture.

But Melanie Joly, the wrecking ball of Canadian politics, wasn’t done yet. Non, monsieur! A few days after she pulled a pin on her Netflix hand grenade, then held onto it, Joly decided to insult every Jew in Canada. Seriously.

Her department, you see, came up with a plaque for the National Holocaust Monument in Ottawa that…didn’t mention Jews. Or the six million. Or anti-Semitism. Joly then thrust the Prime Minister into the middle of the controversy – which attracted negative media around the world – by inviting him to the unveiling of the monument.

Senator Linda Frum noticed Joly’s error, tweeted about it, and Joly speedily executed a whiplash-inducing volte-face. But the damage had been done. The Jewish community, who this writer knows rather well, will not forget Joly’s insensitivity anytime soon. Because, by keeping her in cabinet, Trudeau suggests to Canadian Jews that he doesn’t think it’s such a big deal.

How, then, does Melanie Joly survive? This, after all, is the minister who turned Canada’s 150th birthday celebrations – and you only get one of those, as far as I am aware – into an unmitigated farce. The Ottawa Citizen recently got its hands on some of the letters average Canadians wrote to Joly and her department about that day. They’re worth clipping and saving.

One anonymous citizen, however, had the pithiest review and therefore deserves the last word: “What a mess your department made! Time for you to resign!”

Will she? Not a chance.

Melanie Joly has some serious leverage over the Prime Minister, and she clearly isn’t afraid to use it.