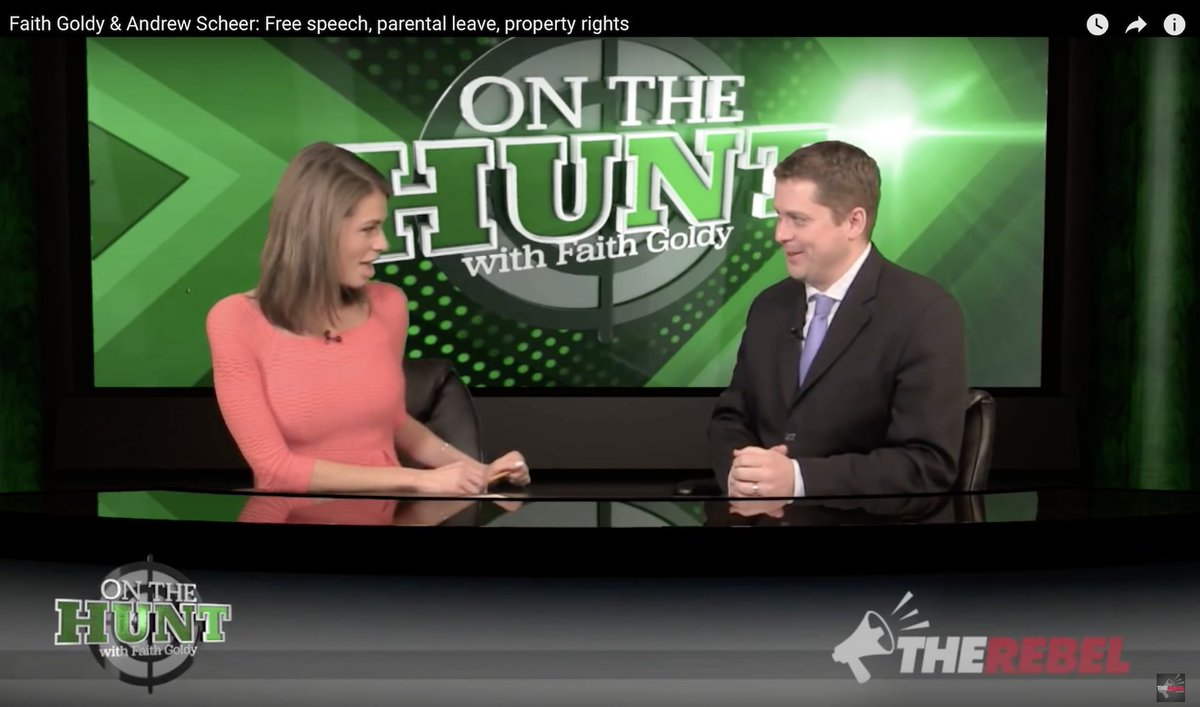 Why did Scheer run away from his own press event? (Updated) 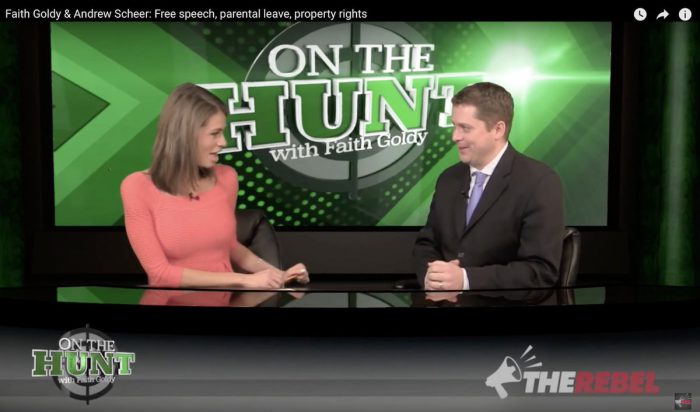 Seriously.  He did.  Here’s the Globe:

Conservative Leader Andrew Scheer abruptly ended a news conference and stopped taking questions from reporters on Monday when asked whether he was aware his campaign manager had worked out of the Rebel office during his leadership run.

Hamish Marshall, Mr. Scheer’s former campaign manager, told The Globe and Mail in response to an inquiry that he shared Toronto office space with the right-wing website during the Tory leadership race, which ended on May 27, when Mr. Scheer won by a razor-thin margin over Conservative MP Maxime Bernier.

For those who are unaware, “Rebel Media” is a Far Right organization that has been, for a long time, the portal to the so-called “alt-Right” in Canada. A sampling of what just one of its stars said on Rebel:

And that’s just one of the Rebel luminaries, folks, on one occasion.  On other occasions, their people were involved in founding The Proud Boys, a hate group whose members recently harassed elderly indigenous people in Halifax and gave Nazi salutes afterwards. And: Rebel has published garbage by lunatics who write essays titled “I’m Not a Racist, Sexist, or a Homophobe, You Nigger Slut Faggot”or “Ten Things I Hate About Jews.”

And: One of their hosts – Faith Goldy – was in Charlottesville, cheering on the very neo-Nazi types who murdered a woman.  Later on, Goldy appeared on a Daily Stormer-affiliated web site – a place where genocide is advocated against minorities.

And on and on. After some of their apparent fan base started killing anti-racism protestors, the Rebel folks frantically tried to dial down or disavow their connections to the racist Right.  They even fired Goldy. But it was a case of too little, too late.  In their words and their deeds, we now know who they are.

But not Blandy Scheer, apparently.  Scheer’s campaign manager helped found and fund the Rebel.  When that became known, Scheer hastily declared that he wouldn’t have anything to do with them anymore.

What he didn’t tell us, however, was that his frigging campaign was being run out of the Rebel’s offices.  That little fact seemed to slip his mind – until the Globe challenged him.

Is Andrew Scheer and anti-Semite and a racist?  I don’t think so.

He just seems to be okay with associating with people who are.

UPDATE: They didn’t issue a news release. They issued a suicide note.