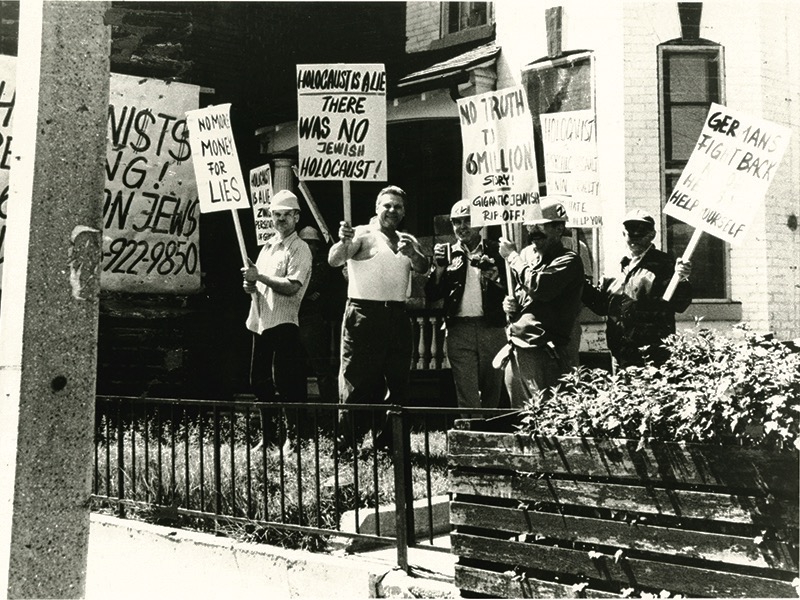 The police, the Crown and the AG “have done nothing” about that Nazi rag

Your Ward News, to be precise. And the Toronto Police Service, and the Crown, and the Attorney-General, HAVE DONE ABSOLUTELY NOTHING ABOUT THAT FOUL NAZI HATE RAG.

And many, many of us ARE SICK OF WAITING FOR ACTION.

AND WE ARE GOING TO MAKE THIS INTO AN ELECTION ISSUE, MUNICIPALLY AND PROVINCIALLY, IF SOMETHING DOESN’T HAPPEN DAMN SOON.

(Sorry for the all caps, folks, but I am so tired of waiting for these people to do their jobs.)

The CJN story is here:

Kinsella was referring to the death earlier this year of the infamous Holocaust denier, Ernst Zundel, who lived in Canada from 1958 to 2000 and founded a publishing house that issued neo-Nazi pamphlets with titles like, Did Six Million Really Die? The Truth At Last.

Kinsella, whose 1994 book Web of Hate: Inside Canada’s Far Right Network is considered a seminal work on white supremacy in Canada, argued that the tactic of ignoring Zundel and his kind is dangerous.

“He wouldn’t and he didn’t go away,” Kinsella stressed, “and his foul legacy is still felt in this city and this country today.”

He showed the audience photocopied pages from the Toronto-area publication Your Ward News, which is known for publishing vitriolic content that attacks Jews, Muslims, women and other minority groups.

Kinsella and his wife have launched a private prosecution against the paper’s publisher and editor.

Pointing out pro-Hitler images in the publication, Kinsella said that, “This isn’t from Zundel’s presses. It’s happening right now … and the Toronto Police Service has done nothing about it.”