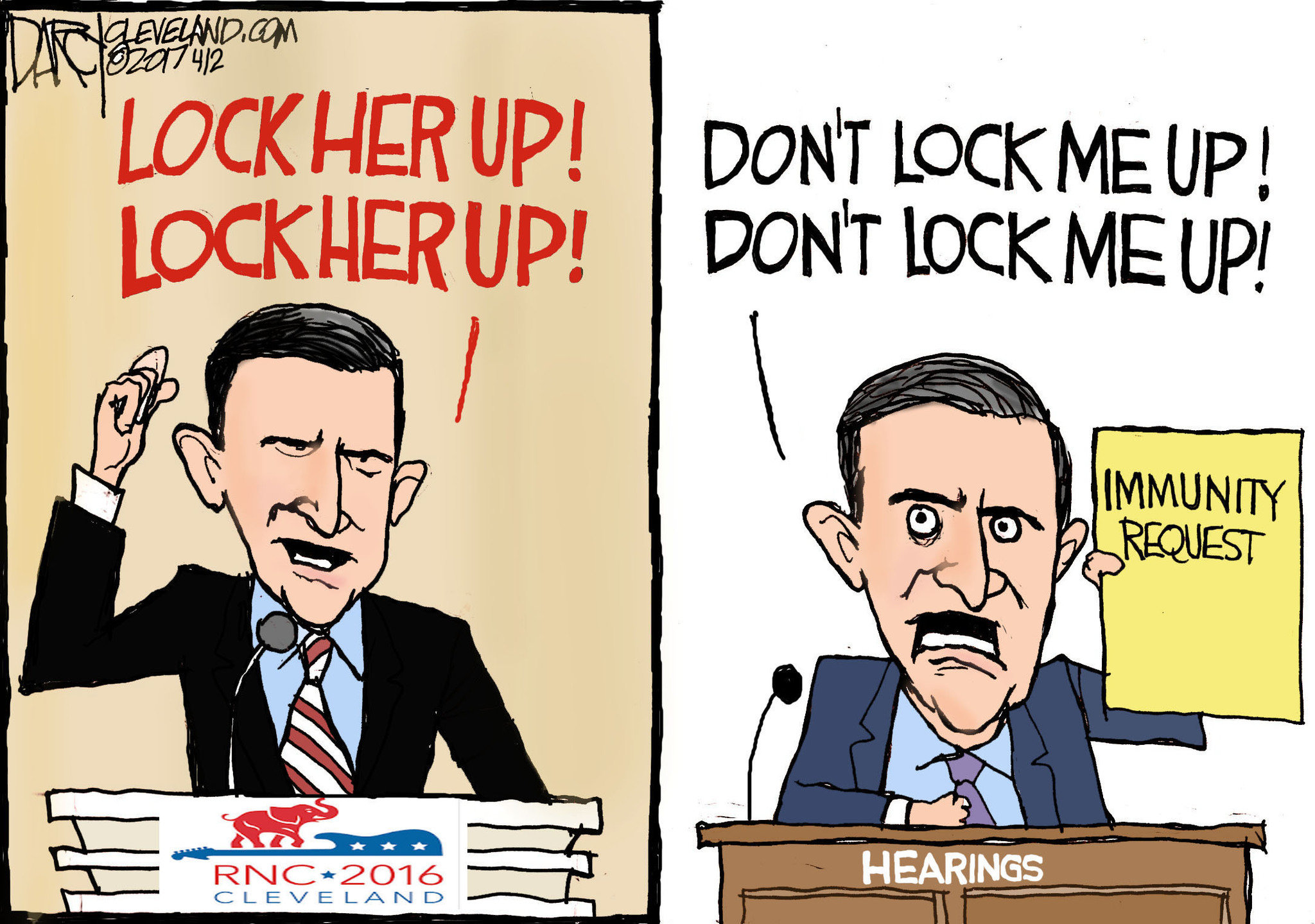 He was just the office boy National Security Advisor!

Totally unimportant. Nobody remembers him. Michael Who?

WASHINGTON — President Trump’s former national security adviser, Michael T. Flynn, is expected to plead guilty on Friday to lying to the F.B.I. about two conversations with the Russian ambassador last December during the presidential transition.

The charges were the latest indication that Mr. Flynn was cooperating with the investigation by the special counsel, Robert S. Mueller III, into Russia’s interference in the 2016 presidential election. Mr. Flynn was scheduled to appear in federal court in Washington at 10:30 on Friday morning.

A plea deal with Mr. Flynn brings Mr. Mueller’s investigation into Mr. Trump’s inner circle. Such an agreement suggests that Mr. Flynn provided information to prosecutors, which may help advance the inquiry.

In all seriousness, two things: one, remember this little shithead leading chants of “lock her up”? Remember all that? Schadenfreude doesn’t begin to describe it.

Two, I hope the rest of these racist, sexist, fascistic bastards – and President PissTape in particular – have a really, really miserable weekend.

I know the rest of us won’t!