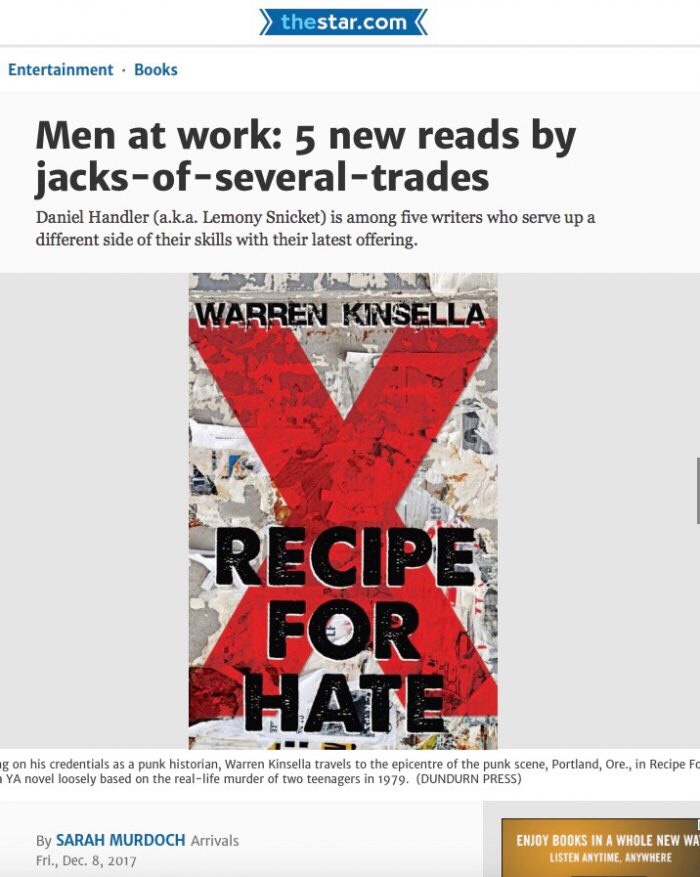 Toronto Star on Recipe For Hate: it’s “of interest to anyone interested in punk culture!” 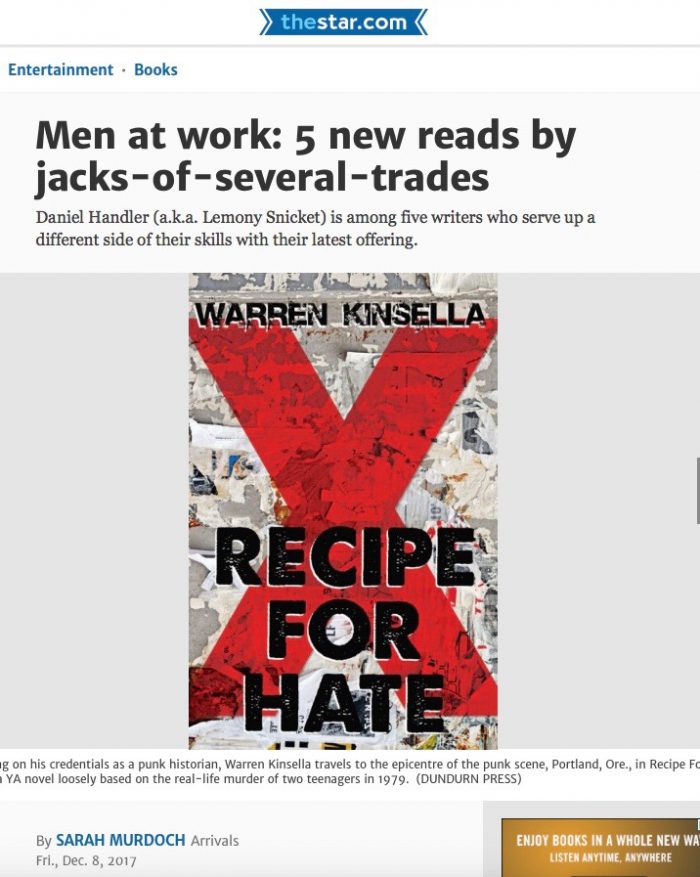 Hey! The good folks at the Star wrote about Recipe For Hate – thank you, Sarah Murdoch!  My punk rock credentials are estimable – which, my dictionary tells me, means “worthy of respect!”

Warren Kinsella is known mostly as a political operative and pundit, but he also has estimable punk-rock credentials (as punk historian and as bass player in SFH, which bills itself as Canada’s best-loved geriatric punk band). This YA novel is “loosely” based on real-life events, and concerns the murder of two teenagers in 1979 in Portland, Ore., then the epicentre of the punk scene. It will be of interest to anyone interested in punk culture — not just the music, but the fanzines, art and writing of the period. Bonus: The author has curated a Recipe For Hate online punk playlist for uneasy listening.