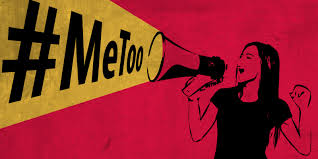 From next week’s column: PR tips in the #MeToo era

There’s a couple of them that seem particularly germane this morning.

I wonder who I am referring to?

• Don’t attack your alleged victims. In the #MeToo era, even Harvey Weinstein – the rutting pig who essentially started the movement – understood that you don’t victimize the victims twice. That is one the best things that have happened, post-Weinstein, in fact: in the court of public opinion, the balance of proof has shifted. More and more of us have a tendency to give women alleging sexual abuse the benefit of the doubt. You needed to remember that. You didn’t.

• Put up or shut up. It’s been more than three weeks. You’ve called the allegations against you “defamatory,” over and over and over. Well, it’s time to put your money where your mouth is, big little man. Either issue a Libel Notice, or don’t. But if you don’t – and, so far, you haven’t – you are reminding everyone that, mostly, what was said about you was true.