Canadians to Trudeau: smarten up

The passage of time appears to have done nothing to soothe Canadian voters irritated with Prime Minister Justin Trudeau since his highly criticized passage to India last month.

This, combined with a simmering unease among the electorate over the federal government’s deficit spending has, for the first time, driven Trudeau’s disapproval rating north of 50 per cent.

All of this adds up to a ten-point gap between the Liberal and Conservative parties in vote intention. The latest polling analysis from the Angus Reid Institute shows that if an election were held tomorrow, the CPC – led by Andrew Scheer, would be in range to form a majority government. 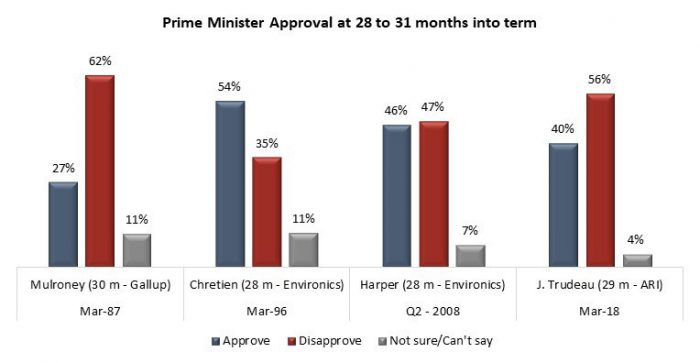