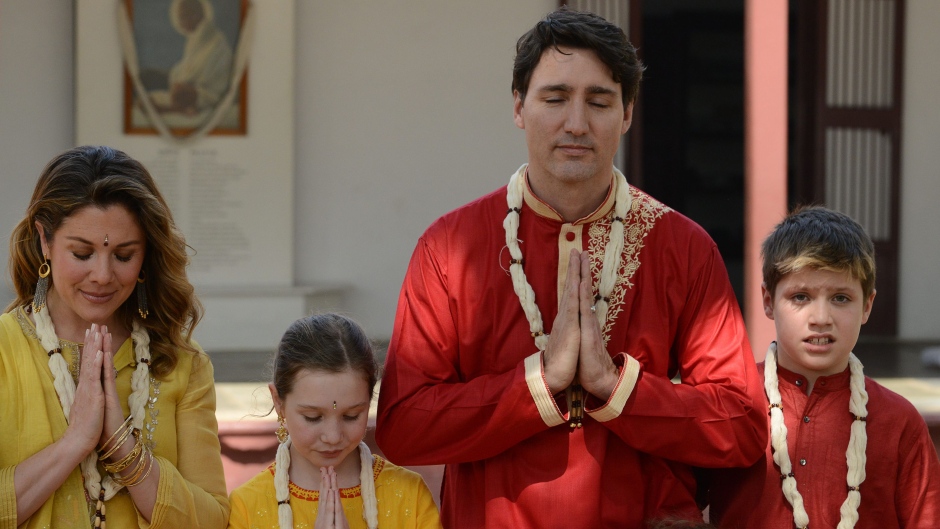 You don’t mind if we call you Justin, do you? In other circumstances, we’d call you “Prime Minister,” but – to be perfectly candid – your Indian family vacation wasn’t terribly Prime Ministerial.

The complications arising from that trip continue to be felt, too. On Wednesday morning of last week – on what is, generally speaking, the most important full day of the selling of any federal budget – the government of India formally responded to the conspiracy theory that you and your senior officials have been attempting to peddle back home: namely, that the presence of Jaspar Atwal in your entourage was the fault of the Indian government. Not yours.

Atwal, as everyone in Canada and India know by now, attempted to murder an Indian cabinet minister in 1986, and was convicted for that, and jailed for that. Anyone with access to Google knew all about it. But you – with your access to the RCMP and CSIS and whatnot – somehow didn’t.

Equally, everyone here and over in India knows, by now, that Atwal was an active member of the benign-sounding Sikh Youth Federation, which has been classified as “a terrorist organization” since at least 2003. By the Canadian government. By the government that, you know, you ostensibly lead.

Anyway, Justin, you brought along Atwal on your National Lampoon’s Indian Family Vacation, and permitted him to be photographed alongside your wife and your cabinet ministers. And then, when the media found out who he really was, and the proverbial hit the fan, here’s who you said was to blame:

India’s government. And, um, one of your own backbench MPs.

Seriously, that’s what you said. You frantically put together one of those clichéd “anonymous senior official” briefings, and blamed India. And you, personally, blamed the backbencher. (Unbeknownst to the rest of us, this backbench MP wielded tremendous power. More, possibly, than even you.)

Now, at this point, Justin, it is worth pointing out two things. One, India is the world’s largest democracy, a co-member of the Commonwealth, and – until last week, perhaps – a close ally of Canada. Two, we’ve been trying to generate more trade with India since the “election” of the Mango Mussolini to the South.

But India is angry with you, Justin. They are livid. Last Wednesday morning, in fact, they took the extraordinary step of issuing a formal statement about your Atwal grassy knoll theory, and said:

Categorically, Justin. In diplomatic terms, that is the adjectival equivalent of “you’re a damn liar.”

And: “baseless and unacceptable.” That, too, is the Government of India saying – in the nicest possible way – that your government is deceitful, dishonest and insincere.

Now, as you are possibly aware, the Griswold-like excursion to the vast subcontinent was not without other shameful moments. There was that clip of you, now a GIF seen by untold millions, prancing about like a deranged extra in a bad Bollywood music video.

There was that photo of you and your family, dressed up in the finest Indian finery, eyes pressed shut, hands raised in in prayer. (With the exception of a possibly-mortified Xavier who, like any good pre-teen, looked very much like he wished he was back home, playing Call of Duty and Snapchatting with his friends about how his parents are dorks.)

Nobody was impressed, Justin. Nobody. Canadians were deeply embarrassed, in a way that they haven’t been since Joe Clark famously lost his luggage and walked into a bayonet. No less than the Washington Post, even, advised you and yours to “stop trying so hard.” And: “The Canadian first family’s posey, soap-opera style namastes…Vanity Fair compared the Trudeaus’ garb to Donald Trump’s taste in interior decorating. India’s Outlook magazine said it ‘was too Indian even for an Indian’.”

In other words, Justin, your Indian imbroglio was not just a diplomatic disaster – it was a Twitter train-wreck, too.

(And you know what we are all starting to suspect? We’re all wondering if, for you, the latter is a far bigger deal than the former. That, you know, you regard governance as a series of Instagram moments, interrupted only by bedtime and meals.)

Time to grow up, Justin. Quite a few of us have had it with this bullshit.

Pretty Much Everyone, Including People Who Voted For You Like Me