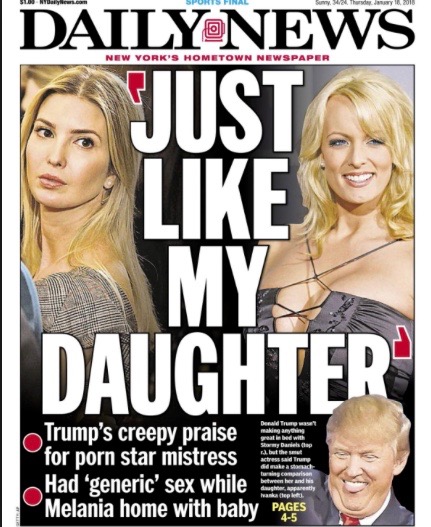 …we live in interesting times.

Today’s front-page Washington Post report, headlined “A bomb on Trump’s front porch,” which is a just-as-interesting way of putting things:

…the FBI’s seizure on Monday of privileged communications between Trump and his private lawyer, Michael D. Cohen — as well as documents related to a $130,000 payment to Stormy Daniels, the adult-film actress who has alleged a sexual affair with Trump — was a particularly extraordinary move that opens a whole new front in the converging legal battles ensnaring the administration.

Cohen is Trump’s virtual vault — the keeper of his secrets, from his business deals to his personal affairs — and the executor of his wishes.

“This search warrant is like dropping a bomb on Trump’s front porch,” said Joyce White Vance, a former U.S. attorney in Alabama.

Cohen has long been a fixer for Trump, as well as his family and business, and associates said he was disappointed when he was not brought officially on board the campaign, and again when he was passed over for a coveted White House job.

“He’s done the dirty work that the president hasn’t wanted to do himself, and he’s been doing it for a decade,” O’Brien said.