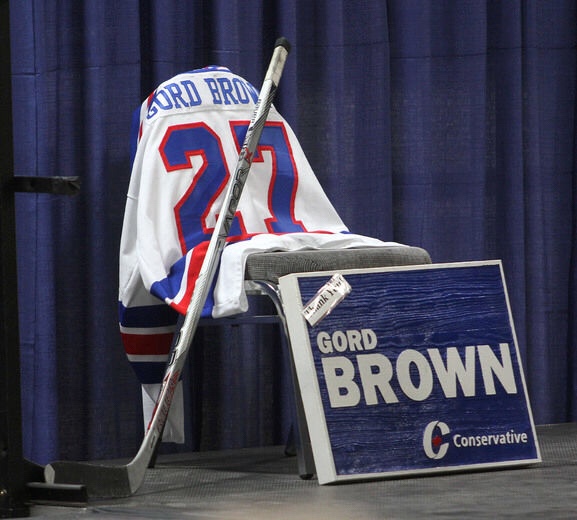 It was uplifting and unbelievably sad, all at the same time. Jim Watson and I eulogized our friend, or tried to. I was okay, until the end. It was hard.

Some coverage, here. I am officially spent.

While the funeral drew politicos of many stripes, the duo of Ottawa Mayor Jim Watson and lawyer, strategist and pundit Warren Kinsella were the self-declared “Liberal quota” on the eulogy stage.

The pair recalled their friendship with Brown during their youth at Carleton University.

“We would always greet each other with ‘Senator,’ no matter where we were,” said Watson.

Kinsella recalled how Brown, in their student government days, had a motion passed declaring Carleton “a communism-free zone.”

“I would now advise, on behalf of Gordie, that any New Democrats who received a degree from Carleton University after 1984 possess an illegal document and should turn themselves in to the authorities,” he joked.

Kinsella and Watson also recalled the group stealing a fake cruise missile from a peace protest camp on Parliament Hill.