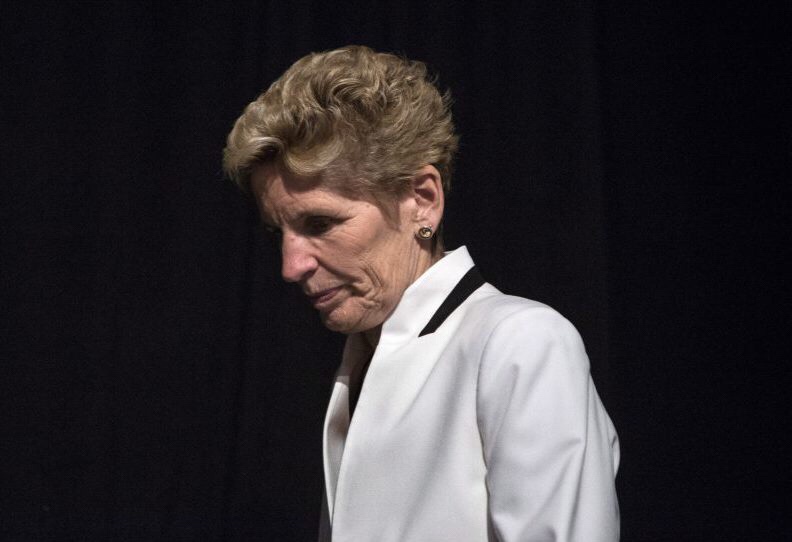 “Kathleen is all about Kathleen,” the former colleague says.  “That’s always her focus.”

One of her former fundraisers and advisors is similarly candid with this writer.  “I appreciate all the nice things you’ve been saying about me, but thought I should let you know I haven’t been involved with [Wynne] for months,” he says.  And he’s very happy to have nothing more to do with her, the former advisor says.

A former Liberal candidate, Jim Curran, is willing to let his name be used.  He is livid about Wynne’s ahistorical decision to concede defeat days before the vote, thereby consigning her candidates and caucus to political oblivion. Says Curran: “What Kathleen did to her candidates was pretty much the shittiest thing I’ve ever seen a leader do to her own, hardworking, selfless, dedicated candidates who have put their lives and families on hold for the party they believe in. It was absolutely selfish and totally disgusting.”

There are lots more stories like that, but suffice to say this: Kathleen Wynne lost.

Because, as her former senior cabinet colleague notes, to Kathleen, it is always all about Kathleen.

Now, there can be little debate that Kathleen Wynne was smart, she was driven.  No debate.  One does not become a Premier, generally, by being an idiot.  But, her intelligence notwithstanding, Wynne refused to see the writing on the wall.

It was there for all to see.  For two years leading up to the 2018 Ontario general election, Kathleen was the most unpopular Premier in Canada.  Angus Reid and other pollsters dryly reported on it at regular intervals: Wynne was deeply despised by Ontarians.  They wanted change.  They wanted her gone.

She didn’t seem to care.  Solipsism, or something, told her that she could communicate her way out of her dilemma.  She was, of course, the Premier who hustled to every Loblaws in Ontario to promote limited beer sales like it was the announcement of the Nobel Peace Prize.  She could communicate anything, she told herself.

But, under Wynne, the poll showed that the Ontario Liberal Party was heading straight for the rocks.

Last Thursday night, the Ontario Liberal Party – formerly one of the most successful political parties in the Western world – hit the rocks.  It was reduced to barely a half-dozen seats and no party status.

To the end, Kathleen Wynne made it all about her. “I have not lost the passion for continuing this work,” she said.

But  Ontario long ago lost any passion it had for her.