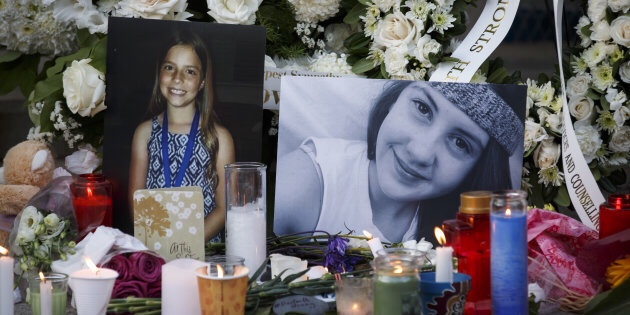 Column: where was he?

The Prime Minister of Canada, I mean.  When Canada’s biggest city needed him – when the millions of people who live and work here were feeling anguished, and angry, and afraid – Justin Trudeau was AWOL.

A young girl, and a young woman, murdered in cold blood on Toronto’s Danforth Avenue.  A dozen more wounded and hurt, some critically, and in hospital.  Toronto has had a horrific Spring and Summer, with the van attack on Yonge Street, with children being shot in playgrounds, with an explosion in gun violence.

None of that, however, quite equalled the horror of the Danforth Avenue attack on hot Summer night.  Two children, out with family and friends, shot to death on a city street: it affected this place in a way that is hard to describe, and impossible to imagine.

Now, most Canadians don’t live in Toronto, of course.  So not every Canadian can be expected to completely comprehend the impact of the Danforth terror attack – because that’s what it was, really, because it terrorized so many.  It chilled the blood of this city.  It left people breathless, like the very air was running out.

A vigil was held.  Hundreds showed up.  Among them were Toronto’s mayor, John Tory, and Ontario’s Premier, Doug Ford.

Justin Trudeau?  He had sent out a couple tweets, one in English, one in French.  But he didn’t show.

He was on vacation.

Because here’s the thing:  if you think that Justin Trudeau isn’t good at anything at all – economics, policy, foreign affairs, trade, defence, whatever – there is one thing we all know that he is really, really good at.  There is one thing he excels at.  And that is the so-called retail part of politics.

You know: showing up.  Hugging people.  Shaking hands, smiling, looking in their eyes and making them feel like they are important.  Justin Trudeau is good at that stuff.  Really good.

After the Danforth attack, when this rollicking, noisy, diverse city was wounded – when it was laying in the dirt, gasping – we needed Justin Trudeau.  We needed him to show up, and listen, and put his arms around the city.  Because that is the one thing, above all things, at which he is without equal.  He’s the best at that.

His supporters, meanwhile, also took to social media.  He deserves a vacation with his family, some said, and they were right.  “Damned if he shows up, damned if he doesn’t,” they intoned, all King Solomon-like, and they were wrong.  Because that’s crap.  It’s bogus.

I worked for a Prime Minister.  The job description is vast.  The responsibilities are endless.  But right at the very top of the list is this: to give comfort to the afflicted.  To console the grieving.  To soothe the fearful.  To give hope and help a wounded city get through it all.

When the full extent of his error became known to he and his advisors, of course, he eventually made his way here on a Challenger jet.  He went to the funeral of the 18-year-old, Reece Fallon, and spoke to people afterwards.  Some asshole heckled him, but Trudeau didn’t lose his cool.  He spoke well.  He was there, finally.

But down here in a city that matters – a city that should matter politically to him, too – his absenteeism is unlikely to be forgotten anytime soon.  This is now a mark on Justin Trudeau’s permanent file, right down here in Toronto.

Where was he?  We wanted him here.

And he just wasn’t.