Hill Times columnist Warren Kinsella looks forward to retirement, he says. But not that kind.

Last weekend, Mr. Kinsella was returning to his Toronto home from London, where he had helped one of his sons settle in at Western University. The author and former special assistant to Jean Chrétien was in the fast lane on Highway 401 when disaster struck.

“I first heard this unsettling woosh sound, kind of like the sound Andrew Scheer made when Max Bernier announced the formation of a second conservative party,”said Mr. Kinsella. “And then there was rapid and dra- matic depressurization, not unlike Jagmeet Singh’s hopes to be prime minister.”

He wrestled his new Jeep to the side of the highway, avoiding any other motorists and — perhaps regrettably from the perspective of his many critics in the Prime Minister’s Office — somehow survived.

“I called for roadside assistance, but they never came. Kind of like what happens when you call the federal government for help,” Mr. Kinsella said. “So I changed the damn tire myself, with my bare hands. I’m from Calgary, after all.”

The brand new Goodyear all-season tire wasn’t flat — it had completely blown out, resembling a big black rubber band wrapped around Mr. Kinsella’s axle.  It was only later he realized how serious it had been.

“I could have bought the farm,” Mr. Kinsella said. “I apologize to my detractors for not having done so.” 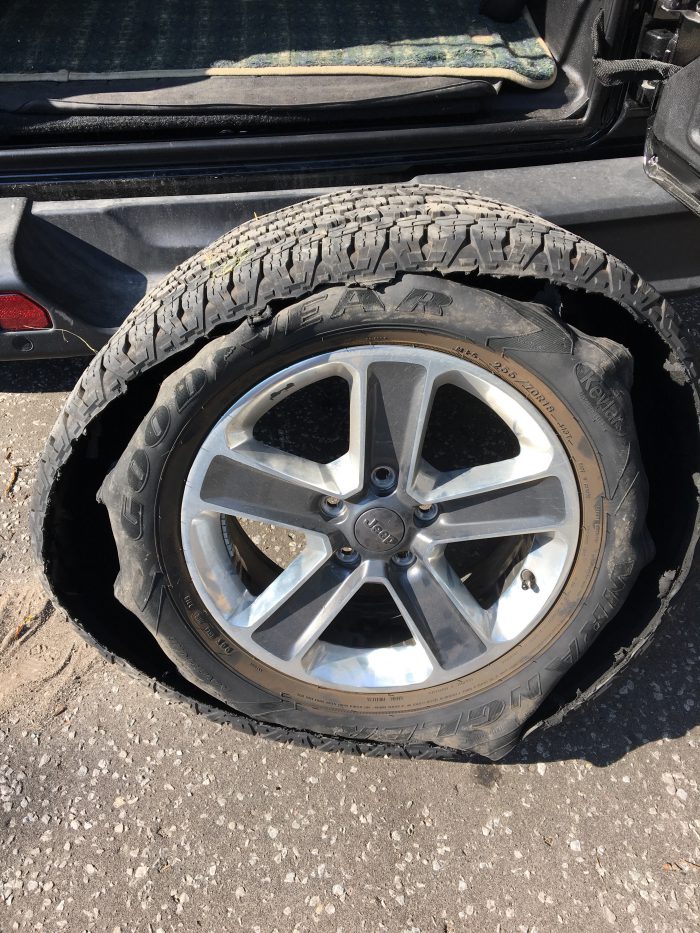