Keesmaat likes to talk a lot about affordable housing

…when, at her last job, she didn’t build a single thing.  And, now her “plan” is being mocked by the people who actually build housing.

And check this out: 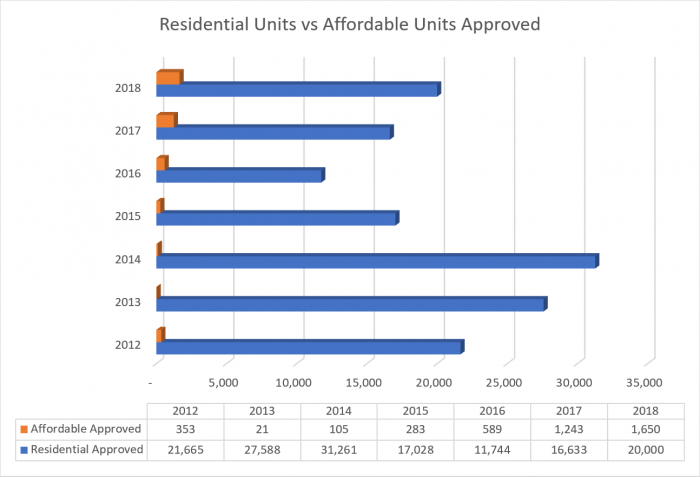 Now, 2018 isn’t done (obviously).  So what you see here is the average number of residential units Tory’s government has approved in a year (20,000), and the number of affordable units approved.

Another way of thinking of it is this: before Tory became Mayor, and while she was still “chief planner,” precious little got done. During Tory’s tenure, more than 3700 units of affordable rental housing have been approved – and more are getting built.

Honest John vs. The Opportunist.  That’s what this thing is turning into.