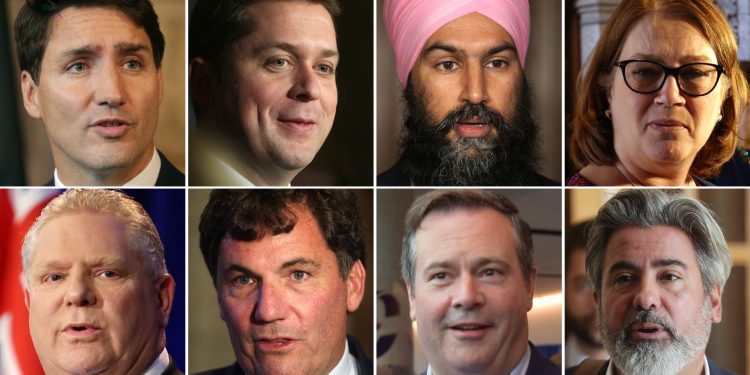 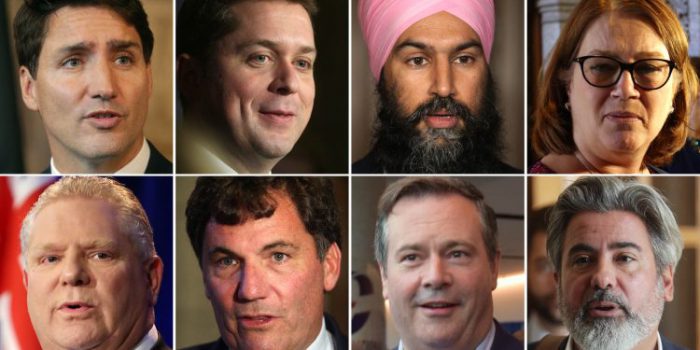 The year-end political winners and losers column is as clichéd, hackneyed and overdone as it gets.

But no one ever accused this writer of being, you know, original.

So, heretofore and herewith, 2018’s political winners and losers, all jumbled together. Some are found in both categories, so pay attention, Virginia.

Justin Trudeau: winner and loser. Canadians still like him (see: polls) but aren’t sure he’s a grown-up yet (see: India). Also: just when you think he’s weak internationally (see: India), along comes Trump et al. to make him look like a genius. Just when you think he’s weak domestically (see: no pipeline, no electoral reform, no First Nation empowerment, no big legislative achievements), along comes Messrs. Scheer and Singh to make him look like a Parliamentary giant. Just when you think he’s weak ethically (Aga Khan, the grope thing, etc.), along comes serial scandals elsewhere – mainly from the U.S. – that make him look like a saint. The Ronald Reagan of Canadian politics: you know he’s repeating someone else’s talking points when he’s talking to you, but he does it so well, you don’t care.

Jagmeet Singh: loser. Ran an amazing leadership campaign. Was impressive as deputy leader of the Ontario NDP. And then…what happened? His caucus distrust/dislike him, his party’s members are dispirited, and he’s about to lead the New Democratic Party to disaster. If Singh loses that Burnaby by-election, no amount of flattering GQ profiles will save him. Worst federal party leader since Stockwell Day, hands down.

Carolyn Bennett, er. Um, considered not to be Jane Philpott. Remind us again why we need two ministers for one department?

Doug Ford: winner. About a year ago, the party he leads was leaderless, riven by division, and mired in a #MeToo scandal. About 140 days after that, Ford was elected Premier of Canada’s largest province with a massive majority. Like him or not, Ford is a winner, and he and his capable team have upended the electoral formula in Canada. The Barney Rubble of political Canada, and that’s a complement, Wilma.

Dominic LeBlanc: winner. The best communicator in Justin Trudeau’s cabinet. Likeable and liked. Vulnerable on patronage, but remains the guy to see if your cousin needs a fishing licence without filling out lots of forms and whatnot.

Melanie Joly, loser. The worst cabinet minister in the history of Confederation: rendered our 150th anniversary celebration a debacle; her Netflix deal was a fiasco; and she forgot to mention “Jews” on the side of the new Holocaust Museum. After her historically-bad run in Heritage – where she made Bev Oda look like Margaret Thatcher, and Stockwell Day seem positively Churchillian – Trudeau tried to hide his friend in Tourism, where she would be kept away from sharp objects and hard surfaces. Her presence in cabinet is an ongoing source of rage on the Liberal backbenches. Super-duper loser.

Jason Kenney: winner and loser. He was a gay-hating, abortion-loathing social conservative mouth-breather, but now he wants Albertans to believe he’s become a SNAG, sensitive new-age guy. No one believes it for a minute, but he’s going to win anyway.

John Tory, winner. Toronto’s mayor – on whose 2018 campaign, full disclosure, this writer toiled – won 65 per cent of the vote against a tough and credible opponent. That’s a feat no federal leader has achieved, ever. As mayor of Canada’s biggest city, he has more clout than any MP and any minister. Likes me, which is a major plus, though puzzling.

Francois Legault, loser. How does one lose by winning? By willingly and needlessly becoming an anti-Muslim, anti-anglophone bigot the day after the election, that’s how. This guy is going single-handedly revive separatism – the desire for the rest of Canada to separate from an increasingly-intolerant Quebec, that is.

Pablo Rodriguez, winner. Smart, charming, affable and a welcome antidote to the calamitous Joly era. Winning praise from Heritage stakeholders for his deft handling of cultural issues in an era when culture has become a major hot button. One to watch.

Svend Robinson, winner. And he doesn’t even have a seat yet! Still remembered as the most effective Parliamentarian in generations. Will he return from Europe to run in this writer’s old stomping grounds, in Burnaby North Seymour? Hope so. His party, and Canada, could benefit from Svend’s svengali touch. The Socialist Family Robinson say: Svend, come home!

Trudeau’s backbench, winners and losers: There is a lot of talent behind the Liberal leader, dutifully (but morosely) clapping every time Trudeau repeats Butts/Telford talking points. But their talents go unrewarded. Some are reaching the conclusion that they will never get into cabinet, and are getting decidedly restless. Watch for more floor-crossings and acts of rebellion in the New Year. Could get bouncy.

We could go on, but editor Kate Malloy (another winner) says the Hill Times (in its 20th winning winning year!) doesn’t have the space.

So, to our winning readers and subscribers, we say thank you – and happy holidays!