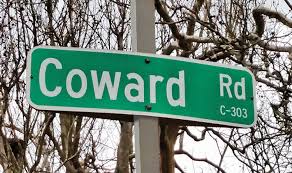 The Standing Cowards on Justice and Human Rights

A bit of next week’s Hill Times column:

The cowards included the House of Commons committee that professes to be all about “justice and human rights,” but doesn’t espouse either. Last week, the Liberal members of that committee actually voted to deny you the opportunity to testify about what you know in the metastasizing SNC-Lavalin obstruction of justice scandal.  They did that, right out in the open. They voted, instead, to shield their political masters in Justin Trudeau’s office, and convene secret meetings.

These are their names: Anthony Housefather, the obsequious, sycophantic weakling who leads the committee.  Ali Ehsassi, who is alleged to be a lawyer, and said this of the alleged obstruction of justice: “there is nothing to be concerned about.”  Colin Fraser, who is thankfully quitting politics, and who also claims to have once practiced criminal law.  A nonentity named Ron McKinnon, who actually said the committee shouldn’t invite any “random people” from PMO to testify – even though the Opposition had a decidedly non-random list, ready to go.

Oh, and Randy Boissonnault and Iqra Khalid.  Those two, in particular, distinguished themselves as Nixonian exemplars.  When this sordid, sickening affair grinds to its inevitable end, in a courtroom somewhere, it is Boissonnault and Khalid who will receive special commendations for unalloyed dishonesty and cowardice.  Boissonnault, for saying out loud – like Donald Trump, who says it all the time and in what lawyers call “similar fact-situations” – that the whole affair is “a witch hunt.”

He said that, with a straight face.