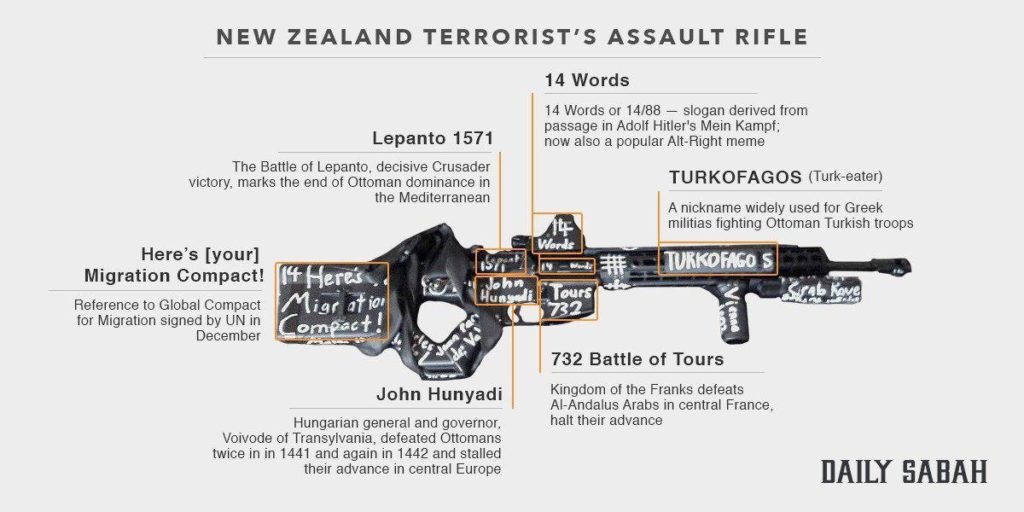 …they love guns. White supremacists, neo-Nazis, homophobes, Holocaust deniers, Islamophobes, committed racists all share one thing: they are gun nuts. Back when the Heritage Front was the largest and most active hate group on the planet, they made holding a valid Canadian Firearms Acquisition Certificate a condition of membership.

So, what New Zealand has done here, in less than a week, is a big and positive step. The gun nuts will say that it won’t eliminate illegal guns, and they’re right, but they’re fundamentally dishonest, too. They know it will mean fewer assault weapons – weapons that are simply designed to hunt humans – getting into the wrong hands.

“On 15 March our history changed forever. Now our laws will too. We are announcing action today on behalf of all New Zealanders to strengthen our gun laws and make our country a safer place,” Ardern said at a press conference in the capital Wellington.

The announcement came after the country’s cabinet agreed to overhaul the law and ban military-style semi-automatics and assault rifles 72 hours after the Christchurch attacks.

“Every semi-automatic weapon used in the terror attack on Friday will be banned,” Ardern continued, adding that she hoped the law would be in place by April 11. “This legislation will be drafted and introduced in urgency.”