The entire rationale for the SNC-Lavalin dirty deal – to risk obstructing justice, and give a corrupt Québec firm a sweetheart deal – was to win seats in Quebec. That’s why Justin Trudeau did it.

Check out this Leger poll. “TRUDEAU SCORCHED BY SNC-LAVALIN.” That’s the headline.

He’s down, Scheer’s bleus are up. 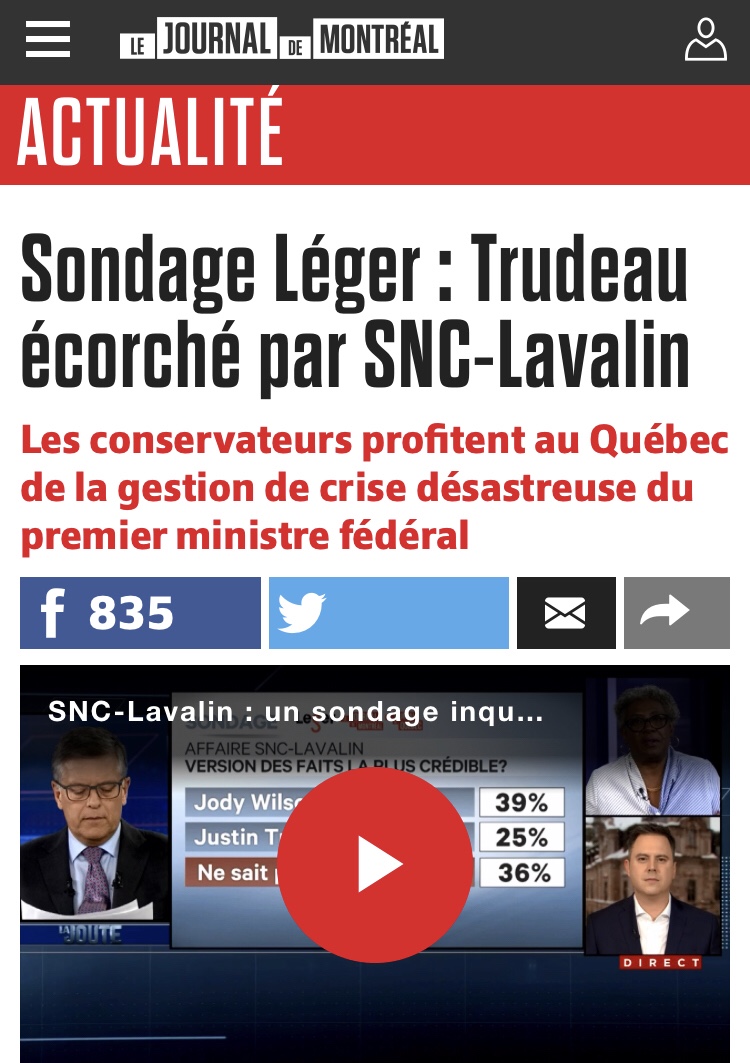