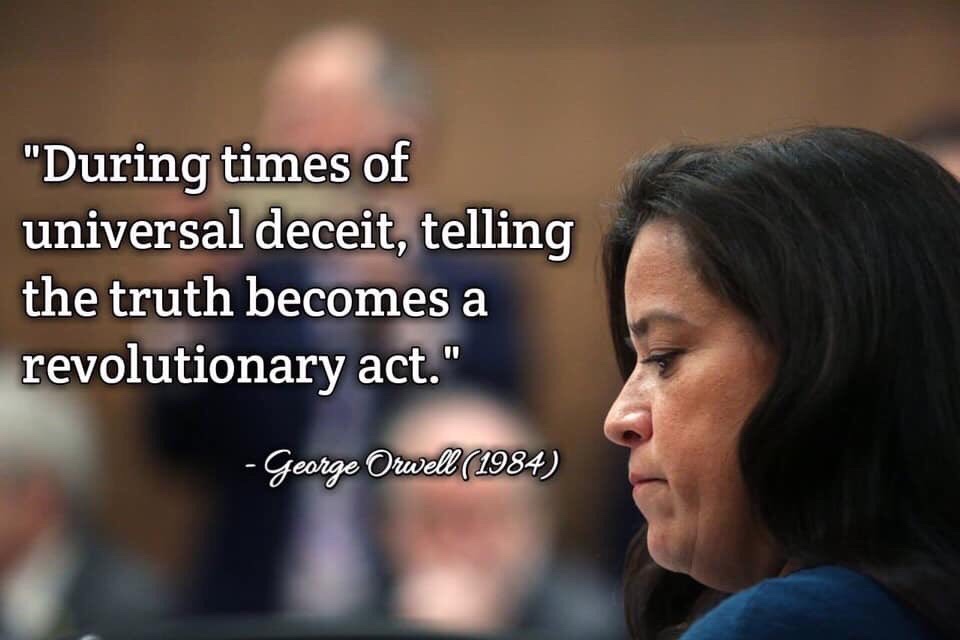 There was a moment, during Justin Trudeau’s saturnalian March 7 LavScam press conference, where the Prime Minister waxed poetic.

He grew misty-eyed. He looked up from his notes. He sounded wistful.

He loved Justice, he said. He really did. He and his Dad both did. “The files that were closest to his heart are also for me. And one is the justice file.”

Justice – which Justin Trudeau hadn’t mentioned all that often during his three-and-a-half-years in the big chair – was now super-duper important. It was everything. It was a “file” that “has always been one of particular importance and interest to me. It’s always been very close to my heart.”

His heart! The mind reels, at such times. Our souls swoon.

So, stay with me, here. Just for a minute.

At that moment, justice was a baseball, kind of, but in a good way. In an instant, we were collectively whisked back to the Nineties, to that iconic scene in Field of Dreams – the one where Kevin Costner asks his deceased Dad if he wants to play catch, and every grown man in the theatre starts to sniffle. Except, in Justin’s case, the baseball was justice – stamped Rule of Law, so we don’t miss the point – and he and Pierre were lobbing it back and forth, so great was their love of justice.

That’s what the young Trudeau was after, anyway. That’s what he wanted to evoke. Justice, Dad, better times.

Except, you know: nobody believes it. Nobody believes him, either. Two-thirds of Canadians, say the pollsters, are like those folks in Field of Dreams who keep showing up at Kevin Costner’s farm and they don’t see a damn thing. They don’t see anything magical or wonderful or poetic. They just see what is really there.

Which, in the LavScam case, is a seething, stinking dumpster overflowing with lies, and cover-ups, and smears. And, standing beside it all, is a Prime Minister who doesn’t seem so cool and hip anymore. He just looks like another grasping, grimy politician, one who will say and do anything to save his hide.

Because he’s losing. An Angus Reid poll, released Thursday, suggested he now may be as many as ten percentage points behind Andrew Scheer’s Conservatives nationally. And, as my smart NDP pal Karl Belanger reminded me, Trudeau’s personal approval numbers now lag behind another politician: Donald Trump.

And it is all because of justice.

Distilled down to its base elements, you see, LavScam is about justice. Not 9,000 jobs that SNC-Lavalin’s CEO says were never in jeopardy. Not Article Five of the OECD anti-bribery convention, which Trudeau’s government has violated. Not anything else: justice.

In our system of justice, no one – not even a Prime Minister – is allowed to ring up a judge or prosecutor and tell them what to do. That is against the law. It is obstruction of justice. It is the absence of justice.

Also unjust: the decision of someone on Team Trudeau to violate the sacrosanct judicial nomination process, simply to get back at former Attorney-General Jody Wilson Raybould. To do this, one of Trudeau’s faceless factotums leaked secret information about a Supreme Court of Canada nominee to compliant reporters at the Canadian Press and CTV News.

The nominee, who Wilson-Raybould reportedly preferred, was a social conservative, the leaker hissed. And Jody Wilson-Raybould favoured him – and Justin Trudeau opposed him, because he was insufficiently progressive, said the leaker.

Except: it wasn’t true. It was a lie. The judge was a moderate. And he wasn’t dropped from Justin Trudeau’s list – he removed himself from it, to care for a wife suffering from breast cancer.

So, is that justice? Is that just? Is it acceptable to further wound a family battling cancer – just to defame an indigenous woman who got a little too uppity?

But Jody Wilson-Raybould isn’t the only indigenous woman Justin Trudeau holds in contempt. No, there are others, as it turns out.

This week, the mask slipped yet again, and we saw Justin Trudeau mocking a young indigenous woman at a Liberal Party event in Toronto.

As his audience of well-to-do white men laughed, Justin Trudeau jeered an indigenous female protestor, saying “thanks for your donation” as she was hustled away by his hulking bodyguards.

She was there to protest the mercury poisoning of her people at Grassy Narrows, which Justin Trudeau had solemnly promised to remedy. And about which he has done precious little.

“Thanks for your donation.” Is that the “real change” Justin Trudeau said he’d give Canadians in 2015? Is that his promised reconciliation with indigenous people? Is that in any way just, or justice?

You know the answer already.

And you also know that Justin Trudeau wouldn’t know “justice” if it bit him on his privileged white ass.